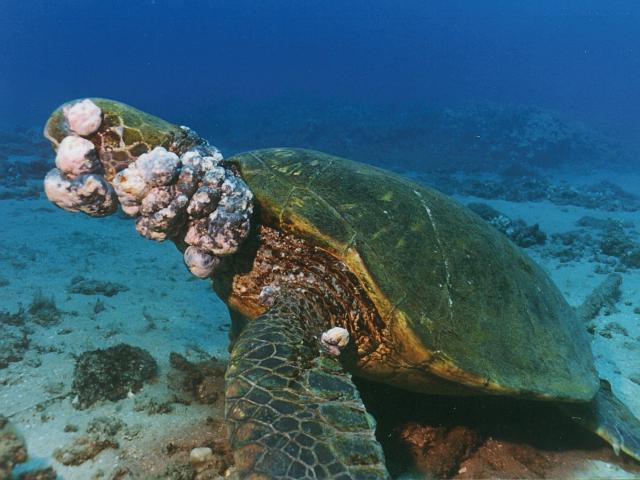 Providenciaes, 08 Sept 2015 – Recent studies have found an increasing amount of diseased turtles in Turks and Caicos; this as a result of fishermen harvesting out turtles, keeping the healthy ones, and then discarding those that appear diseased which ultimately leads to a wider species loss through promoting the spread of disease.

This finding has come about after researchers began studying incidents of green turtle disease. A herpes virus is believed to be the causative agent of the disease. The viral disease manifests as pink tumors that appear on the turtles’ flesh. The disease affects the turtles’ vision and impedes their movement as a result many turtles eventually die of starvation.

Researchers say the numbers of infected turtles are steadily rising, over a two-year period in the waters around Turks and Caicos Islands; it was found that some 13 percent of green turtles had the disease.