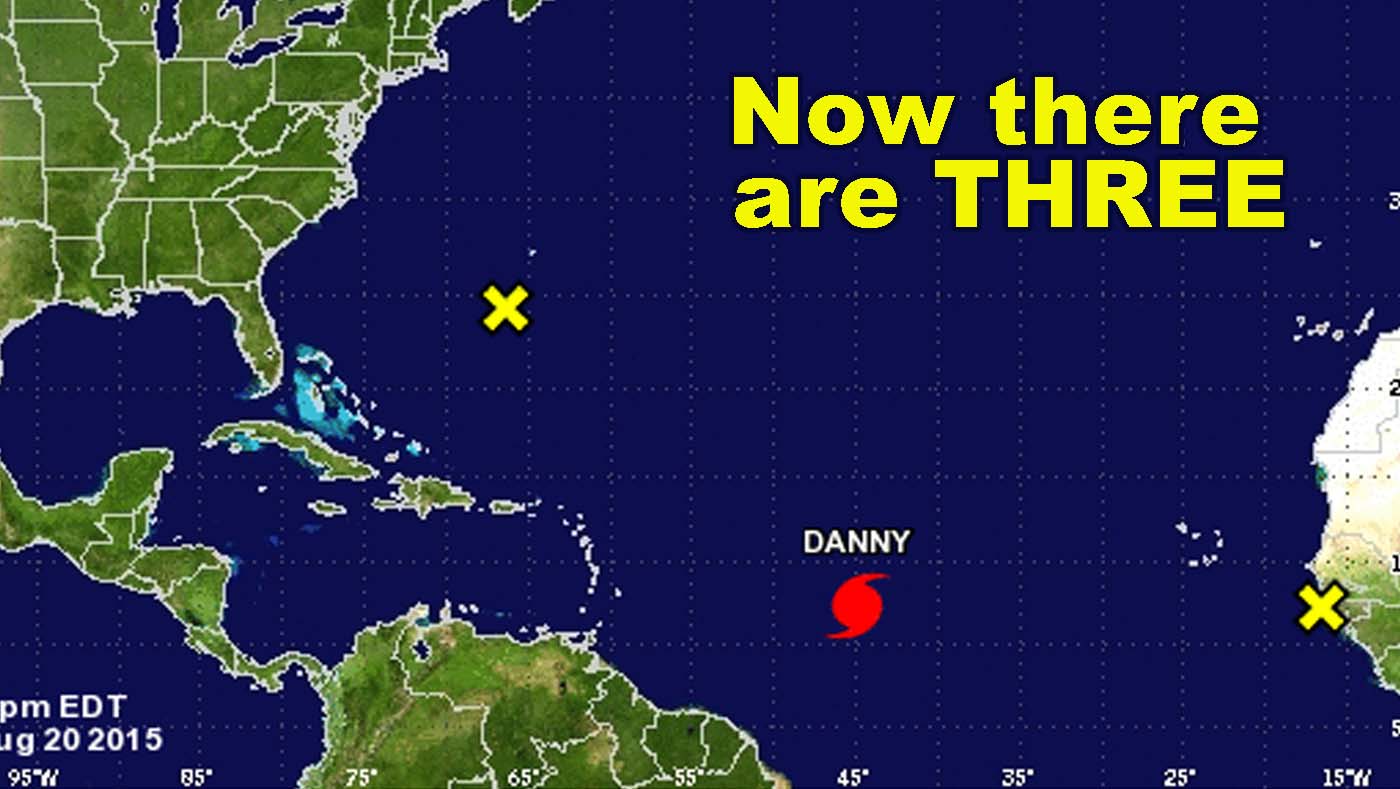 Providenciales, 20 Aug 2015 – Scorching temperatures and the usual high season of August is proving true to reputation as there are now three systems being watched in the Atlantic Basin. Two are at a low chance for development; the other is now Hurricane Danny.

Danny has continued to develop ahead of forecasts; becoming a hurricane earlier than had been predicted. Now a Category one storm, still moving WNW and little bit faster at 12mph, there continues to be no coastal warnings or watches in effect.

The two newest systems are not favorable for development; one sits southwest of Bermuda and it is moving very slowing northward.

Tropical Disturbance two is southeast of the Cape Verde Islands, moving west at 15 to 20 mph.