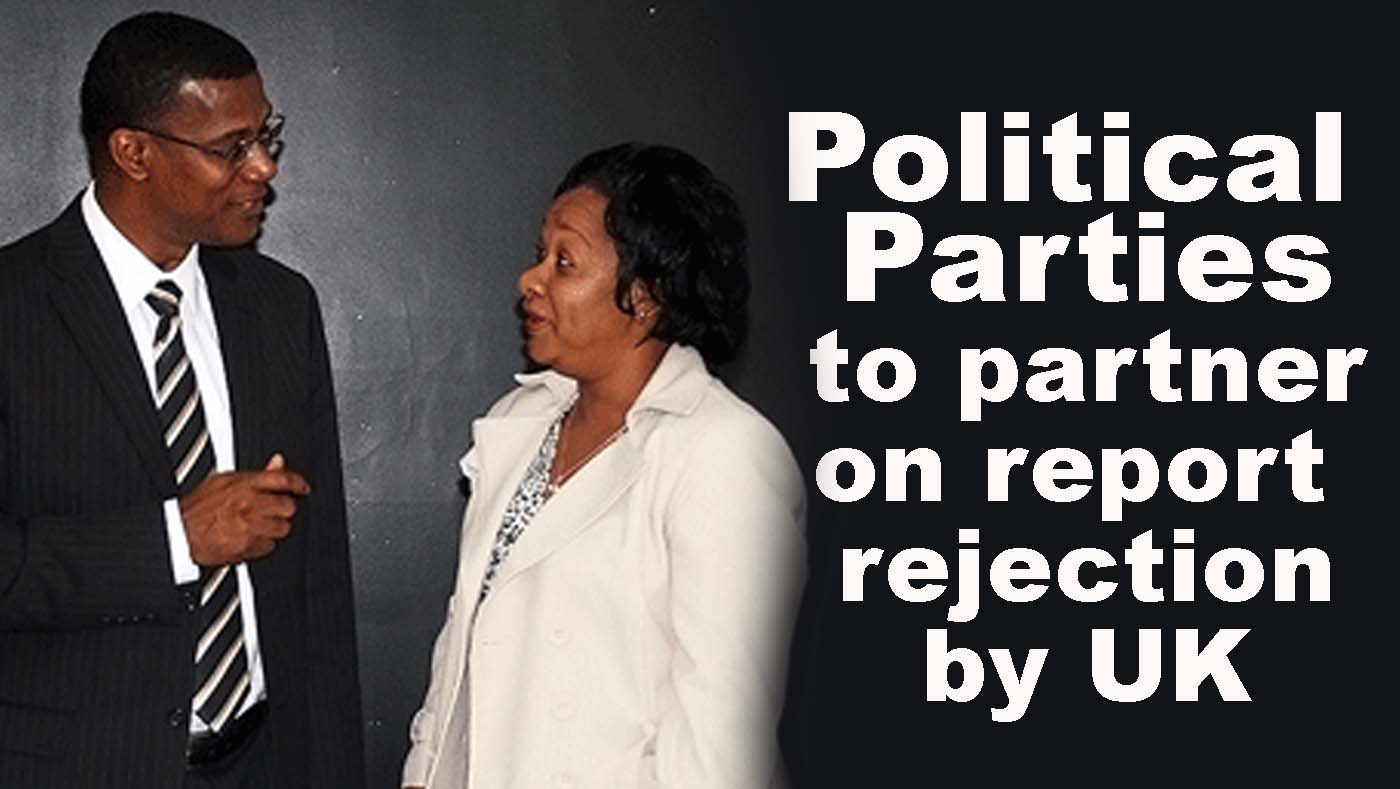 Providenciales, 17 Aug 2015 – Naturally there was reply from other House of Assembly members on the ‘dismissal’ of the recommendations and requests of the Constitutional Review Commission to the FCO in London.

Leader of the governing Progressive National Party, who set up the committee, Hon Rufus Ewing said today: “We should assemble a bi-partisan team to present to the UK government, for whatever it is worth, Mr. Speaker present to them in person so that they can see the wisdom and accepting the recommendations from this House of Assembly. This is but the first steps…”

The Premier believes this is the beginning of a battle and he believes the British is asking the TCI to bring it. “Sometimes I wonder if the British really want us to go independent, because you making it so easy to fight.”

During that rebuttal today, also speaking was Hon Sharlene Robinson, Leader of the Opposition People’s Democratic Movement who was on the Commission team. “Are we surprised on this side of the House, we are absolutely not flabbergasted or surprised and we are prepared to work along with the government to engage the British.”

The Governor’s Appointment member female, Hon Lillian Misick also had her say on the issue: “I didn’t support it in any event. But Mr. Speaker, there members sitting in this House who uttered the words, wasting our resources and dealing with something like this at this time… And there are persons, Mr. Speaker, in this House, who actually said in May of this year, that what we are experiencing, just as the letter said, we are experiencing it because of the policies that were put in place by Interim Administration.”