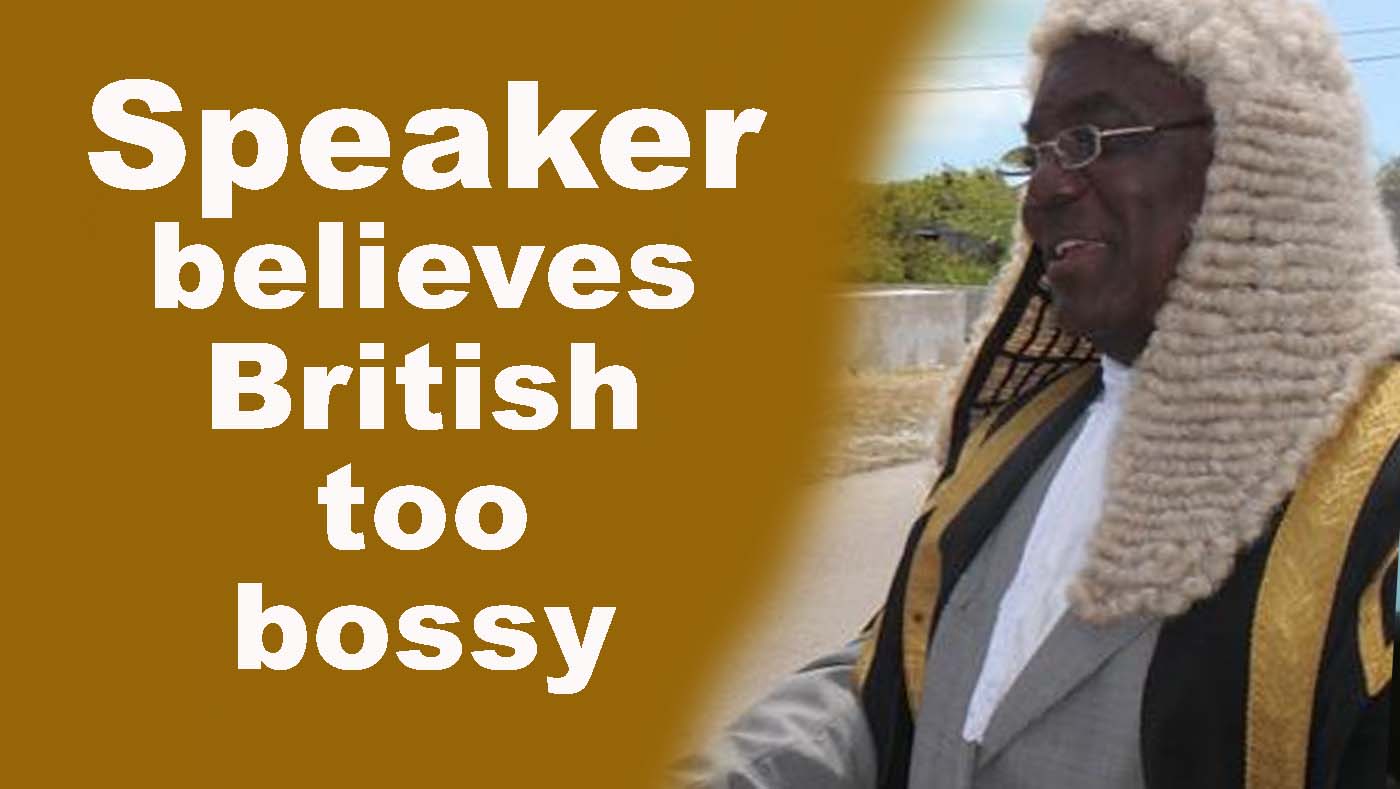 Providenciales, 17 Aug 2015 – It was labeled a ‘slap in the face’ to the Turks and Caicos and its bi-partisan Constitutional Review process, which was wholly rejected by the UK Foreign and Commonwealth Office.

Hon. Robert Hall, Speaker of the TCI House of Assembly: “The response received from the United Kingdom to the deliberations of this House embodied in the matter sent to the UK pertaining to the Constitutional Review Committee; I find it quite insulting and a slap in the face that in this day and time, a couple of gentlemen would sit in London and basically tell us what is good for us.”

Peeing on his foot, calling it rain… just one of the sharp phrases the Hon Robert Hall, Speaker of the House of Assembly expressed after reading the letter from HE Peter Beckingham, the letter from the UK Foreign Office and his reply to them, also by letter. This news came during today’s session via the Governor from UK Minister of State in the Foreign and Commonwealth Office, Rt. Hon. Grant Chaps, who said ‘no’ to changing elements of the 2011 document given to the TCI as its Constitution and which is believed in many quarters to be regressive and archaic. The UK government, in this July 20, 2015 correspondence, says it in essence believes there have been too many gains with the current constitution to turn back now. Robert Hall is the Speaker of the House, and he hotly rejected the rejection.

From the FCO: “One of the key lessons was the need to put in place a series of robust checks and balances, to ensure that TCI meets international recognized standards of good governance, the rule of law and sound financial management. The present constitution and later legislation have been and continued to be important legislations to deliver positive change in TCI. The turn-around in TCIs economy over recent years has been remarkable; of course it was driven in part by increase in tourist numbers but it is also as a result of the hard work that was done in TCI to reframe its constitution and to put in place the measures highlighted above,” the letter goes on to say, “It is against this background that I have accessed the Committee’s report and have concluded that to amend the constitution in ways proposed, would risk the hard won progress that was made, I do not believe this is a risk we can afford to take.”

The response to this process which toured each of the islands, in some cases twice and which provided not only a formal document but video and audio evidence of what the people of the Turks and Caicos want, has now ignited a fresh call for the country to step out of the shadow of the British and shine on its own as an independent nation.

Hon. Robert Hall, Speaker of the TCI House of Assembly: “Turks and Caicos you better stand together otherwise, you gonna fall individually. Start planning now more than ever before to pull down that Union Jack and raise whatever you design Turks Island, you gatta move ahead.”

Tropical Depression to form in a few days?