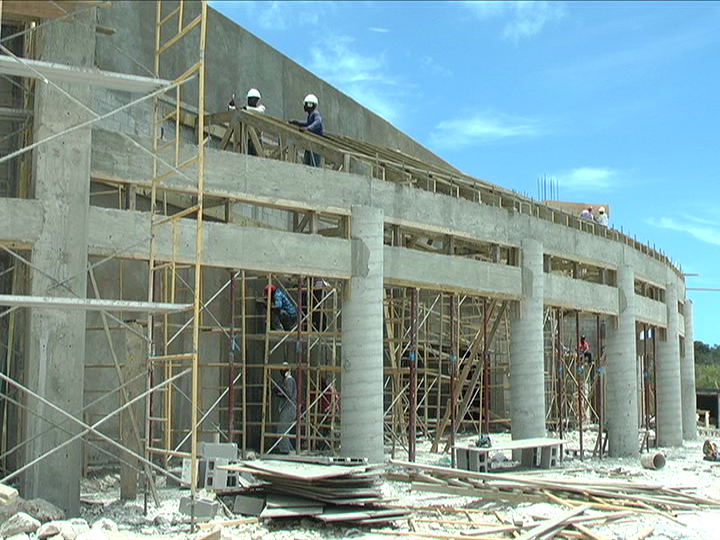 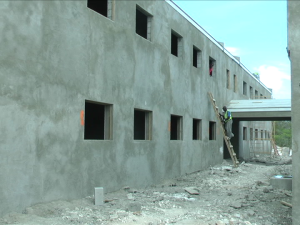 Providenciales, 12 Aug 2015 – The Ministry of Education this morning announced that Long Bay High will not be ready for the September 7 opening of the new academic year. Letters are available from tomorrow instructing parents of the 180 first formers who were due to start at the new public high school on what to do. It was explained in a media statement and public notice that: “Due to construction and some administrative delays we regret to inform the public, parents, teachers and the incoming first batch of new students, that the Long Bay High School will not open its doors to the first batch of new students on September 7th as planned.”

The youngsters will start out at Clement Howell High, in their Long Bay High school uniforms and it appears the Ministry expects this to be very temporary.

“All Form 1 students will be housed at the Clement Howell High School (CHHS) until the completion of the building. The students are expected to report with their Long Bay Uniforms. All teachers who were recruited for the Long Bay High School will be assigned their classes and will assume teaching responsibilities at the CHHS.”

There had been doubt expressed by some, including the Opposition PDM Party on the readiness of the school for September.

The Education Minister said a report to her on Friday would guide her decisions on what to do as it did appear to her also, that the school would not be ready for opening.

A transfer will take place once the new school, which is the first public institution to be constructed in 20 years in Provo, is done and that is expected to be within the first semester.

“The Ministry of Education would like to assure all parents, that the delay in the opening of the Long Bay School will not deter the education and development of their child/children…. we will ensure that it is done to the standard that will make all of us proud.”