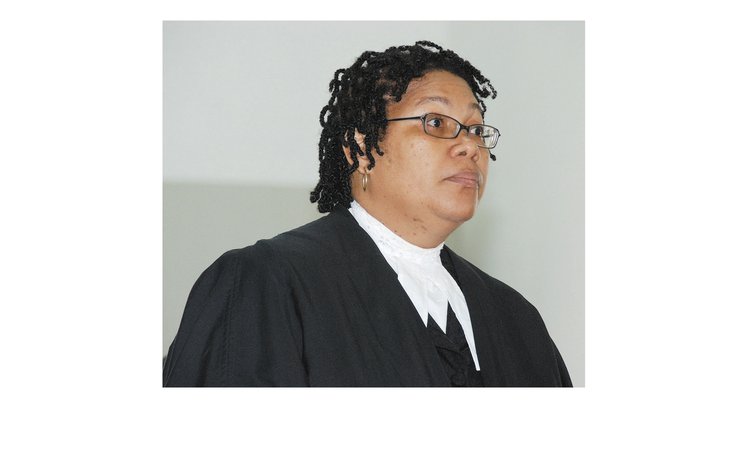 Providenciales, 12 Aug 2015 – A mere seven months on the job in the Turks and Caicos and the current Deputy Attorney General, Wynante Mary Adrien-Roberts is leaving for a new appointment which begins on September 1, 2015.

The appointment of the Deputy AG has long been shrouded in reports that questioned the selection; not because Adrien-Roberts lacks quality or qualification, but because it is said that a local attorney, also capable and competent was chosen for the job and then did not get it because the decision was vetoed.

There was even a story which ignited a public row between Sun Editor, Hayden Boyce and Governor Peter Beckingham over allegations that the Deputy AG was not getting along well with Attorney General Rhondalee Knowles.

Mrs Adrien-Roberts moves on to take up a post as a judge in the Eastern Caribbean High Court.

The outgoing Deputy, who started in January, said she feels blessed by her stint here to work with a stellar team; she thanked all for embracing and supporting her during the time.

The AG hailed her deputy as ‘well-developed legal mind’ and said she will make a good judge.