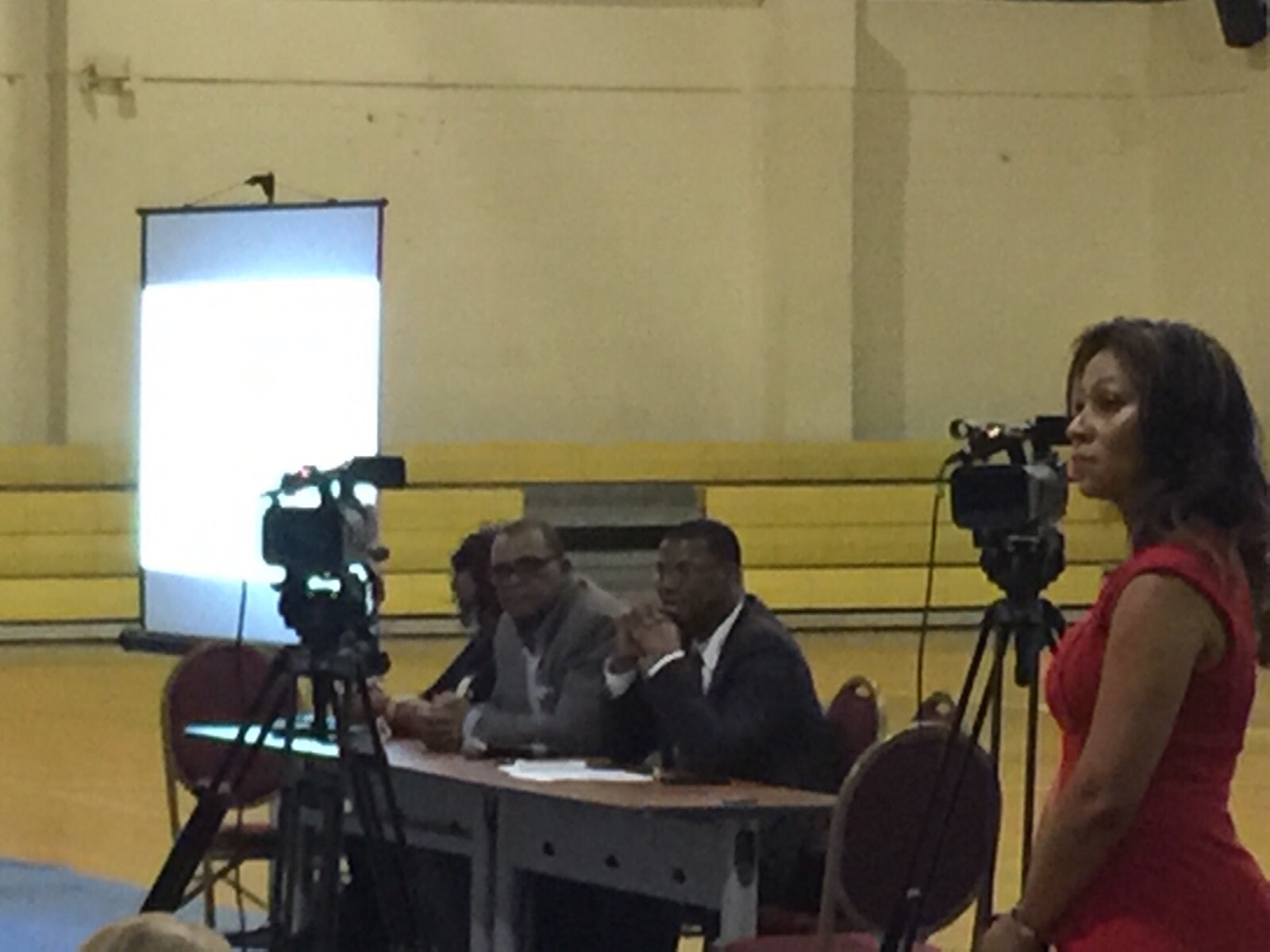 Providenciales, 13 Aug 2015 – The talk to determine what the public is thinking when it comes to the Ritz Carlton project to develop a 12-storey building on the Grace Bay strip last night drew many to the Gus Lightbourne Gym; some estimated hundreds.

The Minister of Finance and Investment, who also has the portfolio for ‘Physical Planning’ led the discussion which was also aired live on national radio. Minister Washington Misick said the country needs to move away from its dependency on one big hotel brand carrying the bulk of its tourism popularity.

While the Minister did not say Beaches Resort Villages and Spa, it is well known that over 700 rooms are at the property and that Beaches is responsible for some 25% of room inventory in the country.

Hon Misick brought to light that in 1985 a law was developed to govern the area of height density, and that it was a decade ago in 2005 that the policy was changed to allow for taller developments.

The minister labeled the dialogue as a ‘grown up’ conversation and called on those who would make contributions at the meeting, to not be swayed by negatives about the project.

It was clear, and he stated as much, that the PNP Administration is strongly in support of the project coming to fruition saying the country could use another luxury, internationally recognized resort brand.