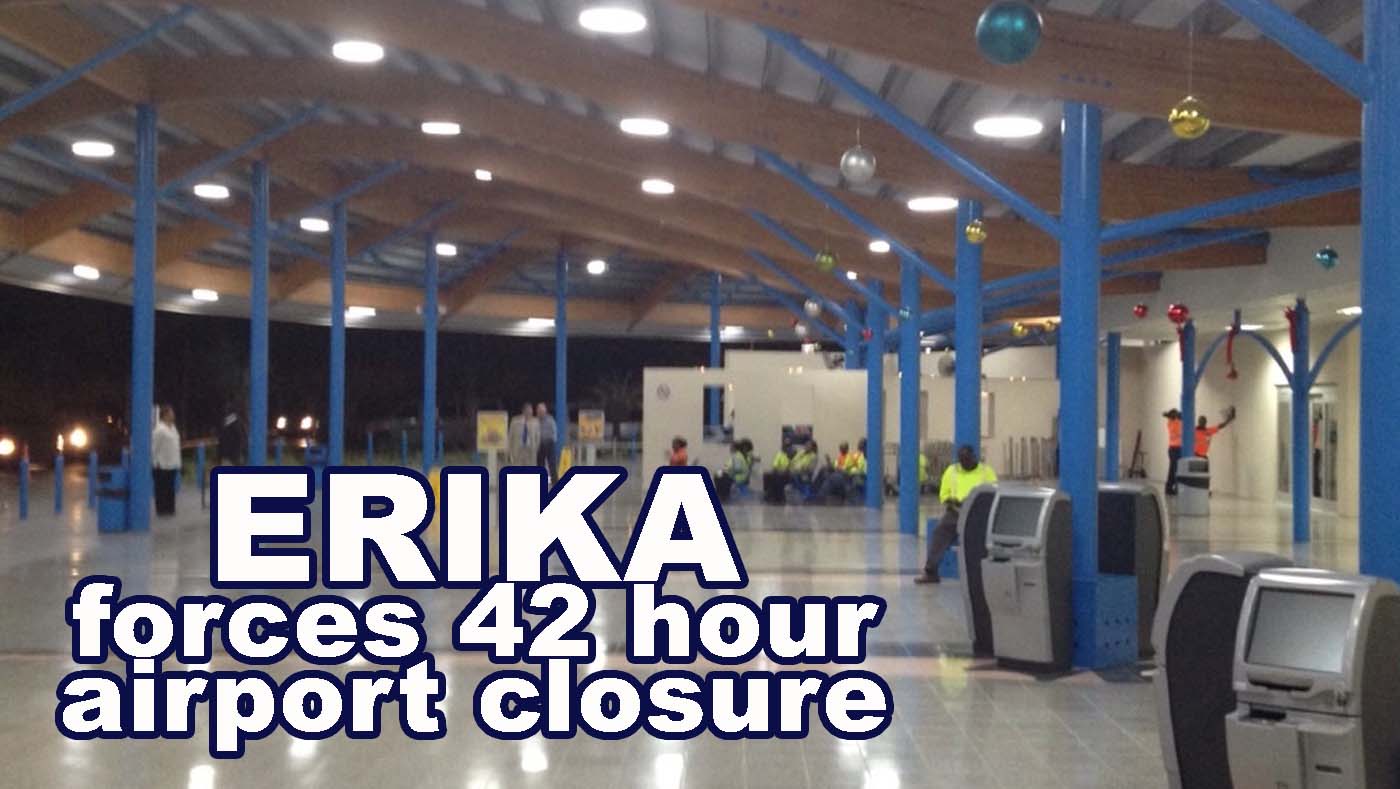 TS Erika is expected to have sustained winds at 46knts with higher gusts that when paired with Erika’s torrential rain would inevitably result in adverse conditions.

Airport Authority’s CEO, John Smith says that, the TCIAA “remains committed to serving the flying public in the safest manner and are taking every precaution to ensure this.”