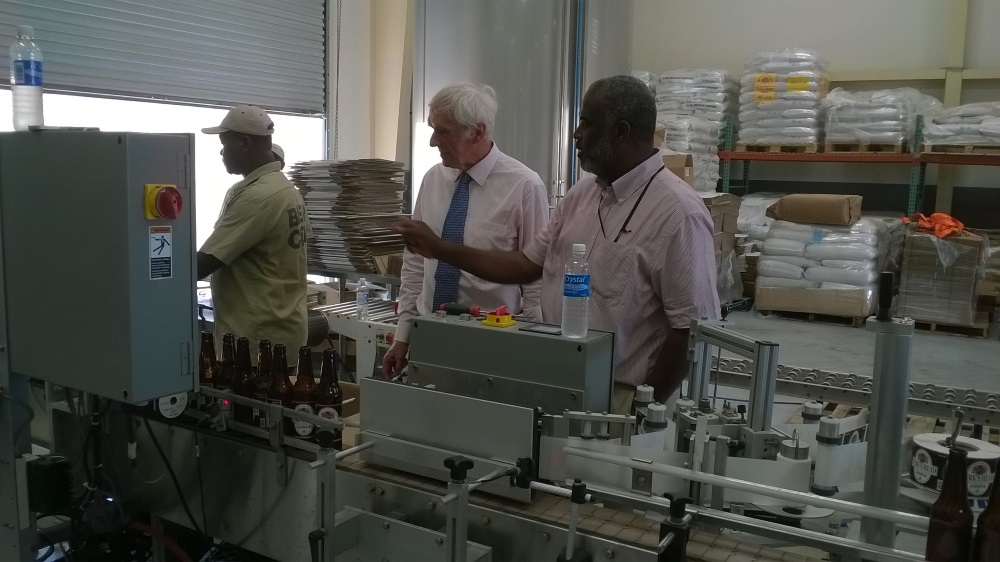 Providenciales, 07 Jul 2015 – The Governor got up close and personal with a TCI indigenous brand; Turks Head Beer when he visited the factory before leaving for London where he and the Commissioner of Police will be engrossed in talks with regional counterparts on National Security.

The Governor said: “Congratulations to Gilley Williams, owner at Turks Head Brewery on leading the way in such a great example of local manufacturing.”

His Excellency Peter Beckingham said it is astounding that the TCI is, through this company, producing its own beer and its own rum. The Governor quipped that while he enjoyed his visit to the brewery, it was, and I quote: “…it was too early in the day to taste the product! It was fascinating to see how such an enterprise has gone from strength to strength since it started here as a water producer in the late 90s.”

Turks Head beer is currently selling over one million units per year.