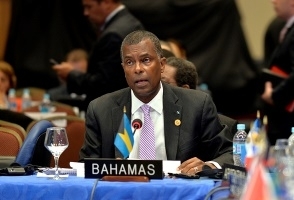 Providenciales, 07 Jul 2015 – Minister of Foreign Affairs for the Bahamas, the Hon Fred Mitchell issued statement to say, The Bahamas welcomes the announcement that Cuba and the United States will re-engage with full diplomatic ties by July 20th.

Mitchell called it a positive step for the region adding that “it is good for the hemisphere.”

While Bahamians and others are watching to see what this reopening of embassies will mean to tourism arrivals for regional countries, Minister Mitchell congratulated the two countries and their leaders for making the steps toward this rapprochement. Saying The Commonwealth of the Bahamas looks forward to our continued good relations with both states in the months and years to come.”

It will take an act of Congress to fully lift the economic embargo between the US and Cuba.