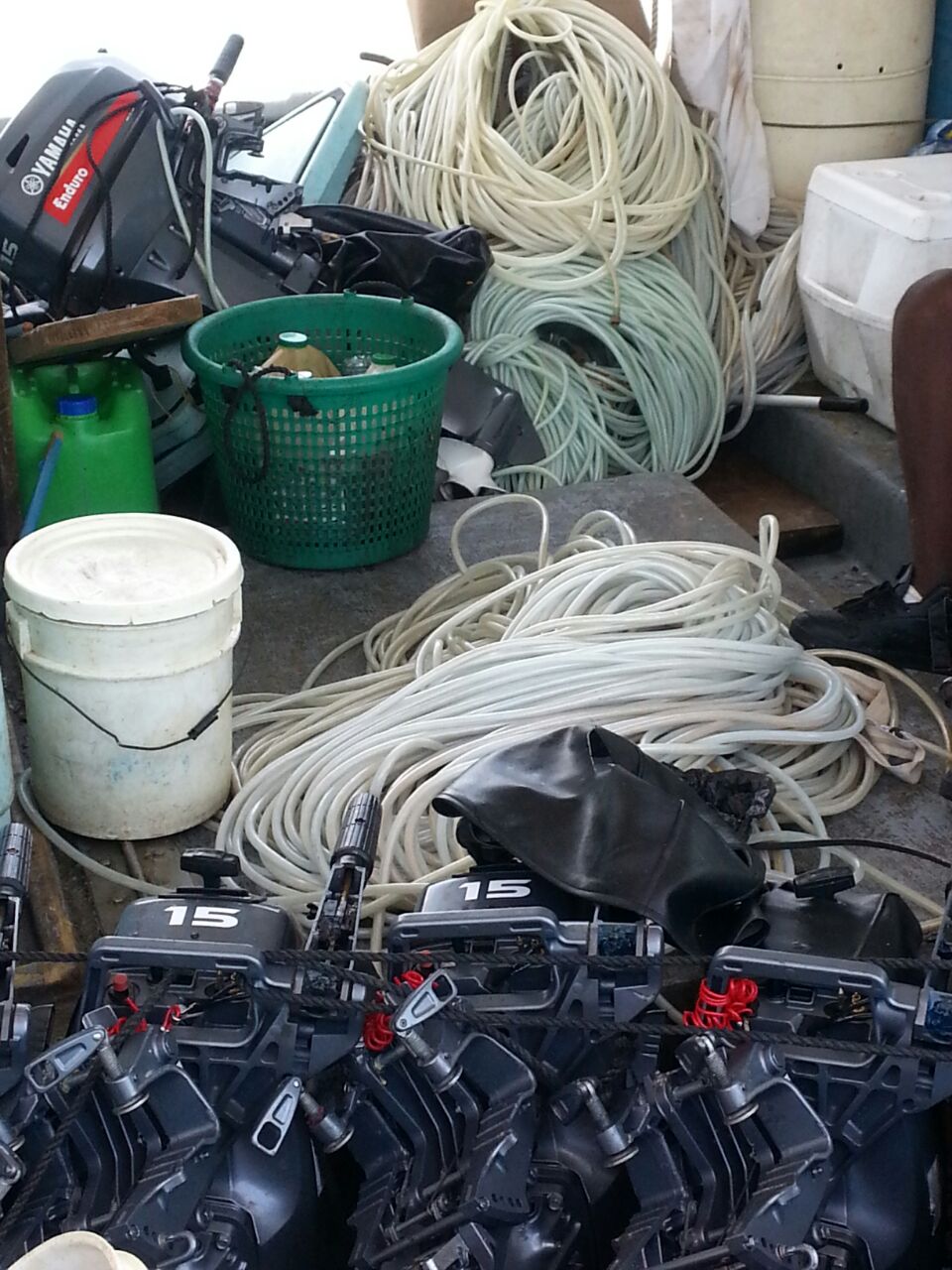 Providenciales, 27 Jul 2015 – Held at gunpoint, 28 poachers were busted by TCI officers on Thursday afternoon in a collaboration between law enforcement and civilians which seemed to nab a group of Dominicans who had so far caught nearly 2,000 pounds of lobster, parrot fish and conch – illegally.

Magnetic Media is informed that this pilferage of TCI waters has been an on-going problem which eluded law enforcers.

A civilian tip led to the red-handed capture; we understand that two boats got away…and still 14 illegal vessels were seized in the raid.