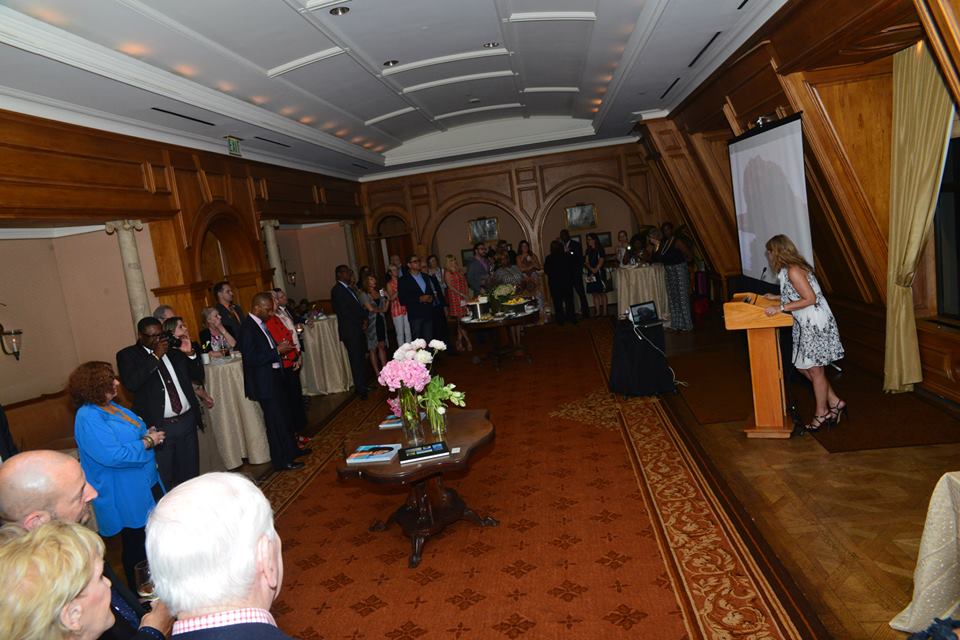 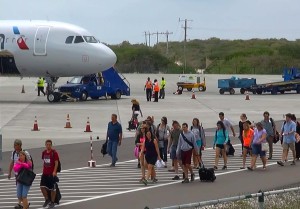 Providenciales, 11 Jun 2015 – Television marketing of the Turks and Caicos is being contemplated by the Ministry of Tourism according to Hon Porsha Smith. “Those thoughts are already in our minds, its just a matter of time for us and us finding the financial resource to be able to afford them.”
On Saturday, with the arrival of a new direct United Airlines flight from Houston, we asked the Minister if she and her team believe the time has come for destination TCI television commercials to these markets on their local TV stations.
“I think we are also looking at expanding our office locations actually in those areas, so you are going to be seeing more coming from the Tourist Board some recommendations that will go to the government on expanding ourselves and putting in strategic locations so that we can better serve the tourists that are coming to us.”

A tide has certainly turned for the Turks and Caicos which now sees a surge in visitor arrivals during summer, guests catching those discounts on the usual ‘peak season rates’. Terminal and Marketing Manager of the TCI Airports Authority, Lavern Reynolds explained things are booming.

“Well, what I’m very happy about is the fact that it is starting now which is June, which is somewhat our off season. So we are bringing people in on our off season to keep our tourism product busy, pretty much all year round. We hope to have this flight every off season and continue from there on in, so I think it’s a great addition to the plethora of flights that we have.”