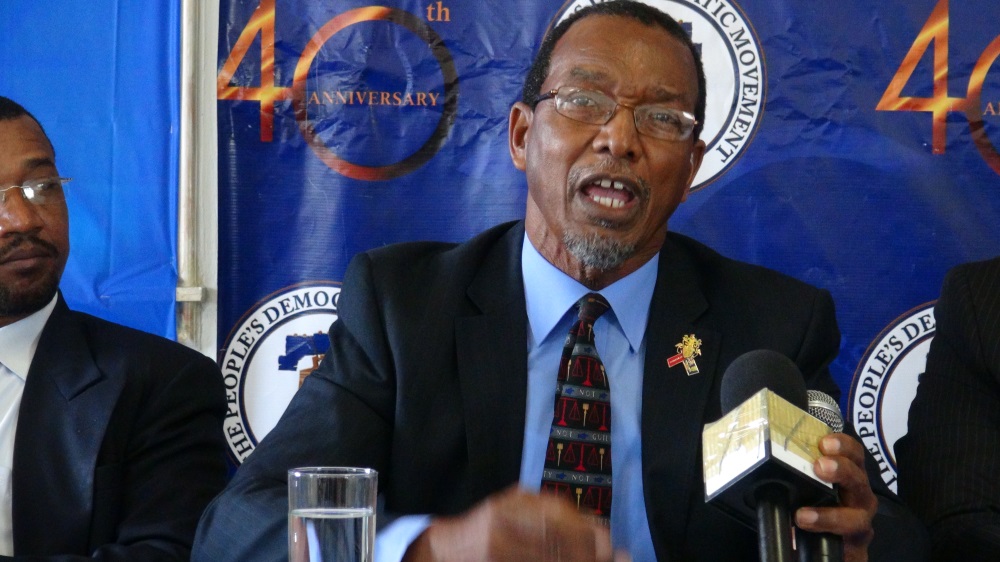 Providenciales, 16 Jun 2015 – The PNP Administration was labeled as out of touch today when the People’s Democratic Movement executive held a post-convention press conference.

Former Party leader and former Chief Minister and current at large member, the Hon Derek Taylor says if the Rufus Ewing led government continues to carry on this way, the PDM will exercise its right to report them to the Foreign and Commonwealth Office in London. From months of delays on answers to parliamentary questions, to reactive maneuvers in attempts to mask a lack of foresight, to inequitable approaches to public consultation – these were all cited by the PDM as reasons they are fed up.

The Party, with a new chairman in Doug Parnell claims they are not the only ones, as people are now coming to their movement in strong numbers expressing interest in joining the PDM to oust the Ewing administration in 2016.