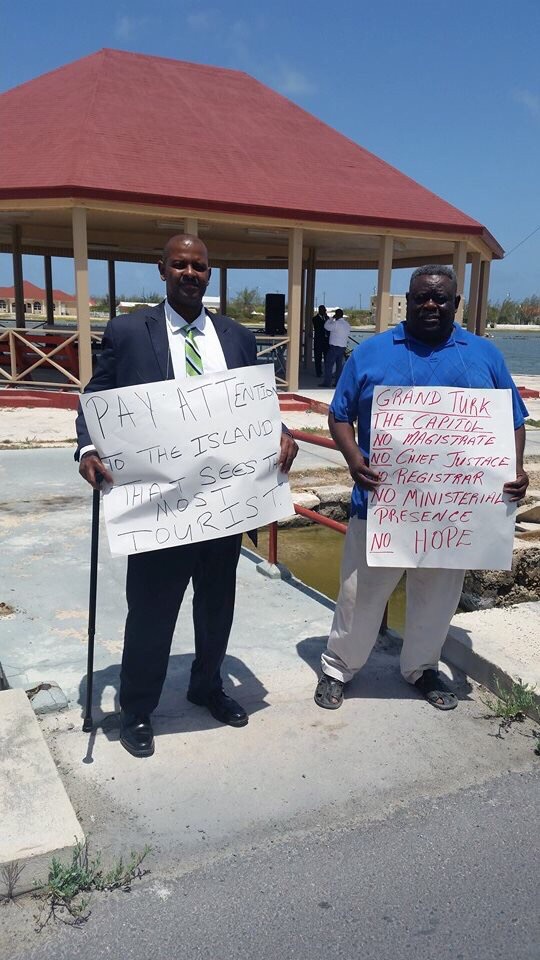 Providenciales, 22 Jun 2015 – Grand Turk residents are also calling for some attention; jobs, infrastructural improvements and running water were among the grievances posted on placards in the nation’s capital this past Friday. Opposition parliamentarians joined the few who stood outside the House of Assembly in protest; saying they feel ignored by the PNP Administration. A revitalization program for Grand Turk was due to have been started to upgrade the bad roadways and other dilapidated areas of the capital, which sees some 800,000 visitors per year. Last weekend, it was promised that a resolution would come for the Reverse Osmosis plant which the Ministry of Infrastructure has revealed is not able to supply enough water to residents in Grand Turk; especially in the North Ridge area due to rain shortages and an increased demand. A second RO plant was announced as needed to the tune of $250,000 and it was explained that the inoperative RO plant at the Cockburn Town Medical Center forces a priority as government has to supply the facility with water in the interim. One placard blasted government for forcing Grand Turk residents to have to revert to ‘toting water’.