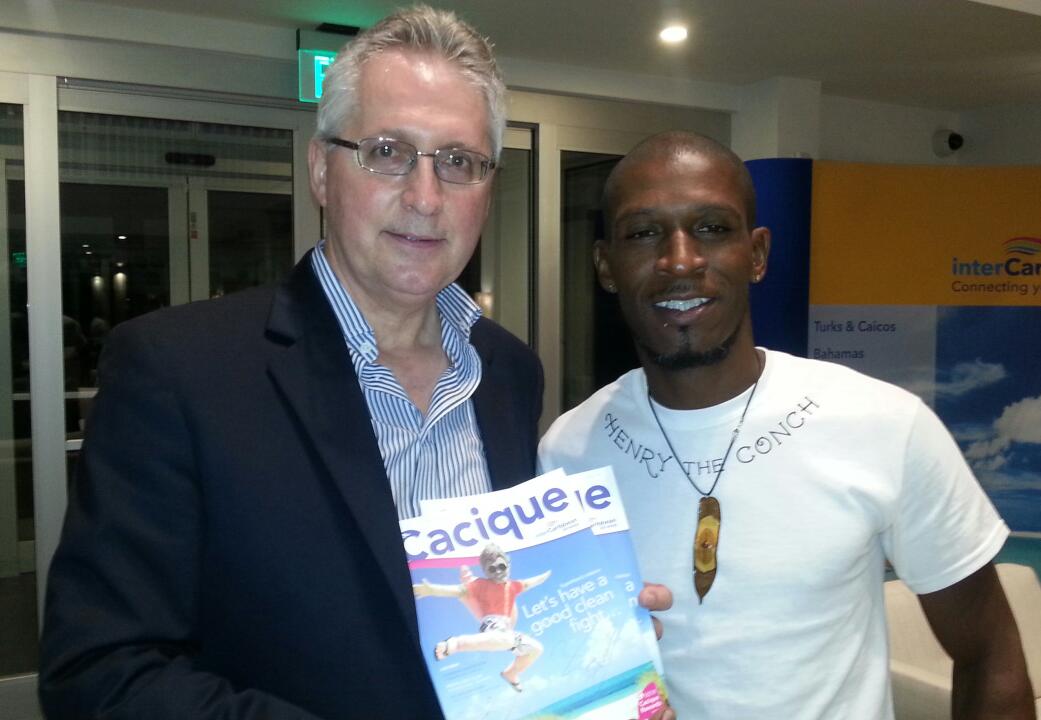 Providenciales, 17 Jun 2015 – A new inflight delight was unveiled by InterCaribbean Airways last night; the new magazine Cacique can today be found in all seat back pockets in the fleet of aircraft of this TCI-based company which connects as many as six Caribbean nations. In a debut ceremony at the new Provo Air Center FBO, General Manager Trevor Sadler said the magazine will showcase the leaders, from sites to happenings to individuals, as the name of the publication was inspired by the Taino Indians.

“As we move along, how the magazine represents the islands. We don’t want to be just your average reading experience; we want to find exciting things to talk about when you go to visit the countries which we fly to…”

Henry the Conch, the TCIs Tourism Ambassador is the first to appear on this first edition as an ‘environmental hero’. Melbourne Penn, Henry’s creator said now that the country has attained #1 in the world with Provo as the choice island destination, it is time to become #1 in the world for cleanliness.

Business, aviation, guests and tourism executives gathered for the debut, including Premier Rufus Ewing. “The magazine is like the airline, first class.”

Founder of Air Turks and Caicos, now InterCaribbean Airways, Lyndon Gardiner was thrilled at the accomplishment as the magazine features articles and advertising from the various islands ICA serves.