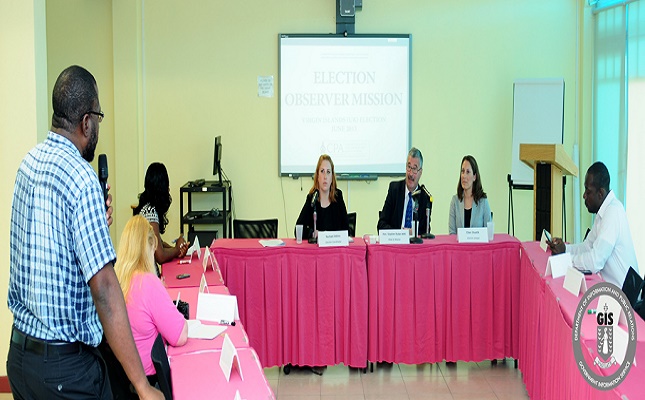 Providenciales, 02 Jun 2015 – Government’s Appointed member to the House of Assembly, Hon Ruth Blackman is a part of a team of election observers in the British Virgin Islands. The team started work since yesterday, ahead of the June 8th general elections in that country where 42 candidates are nominated mainly from two political parties. SKNvibes.com is reporting that the Commonwealth Parliamentary Association British Islands and Mediterranean Region will pay courtesy visits to the Premier of the Virgin Islands, Dr. the Honourable D. Orlando Smith; the Supervisor of Elections, Juliette Penn; members of the media; the candidates and persons representing the political parties among others.

Heading the mission is the Hon Stephen Rodan who reportedly told media: “Missions like ours contribute to the strengthening of democratic institutions and add integrity to the electoral process. This is all about enhancing public confidence and deterring fraud.” The Mission also includes Member of Parliament of Jamaica, Hon D. Winston Green; Election Analyst from the United Kingdom Matthew Salik; Election Coordinator from the United Kingdom, Rachael Atkins and Election Analyst from Canada, Ellen Shustik.