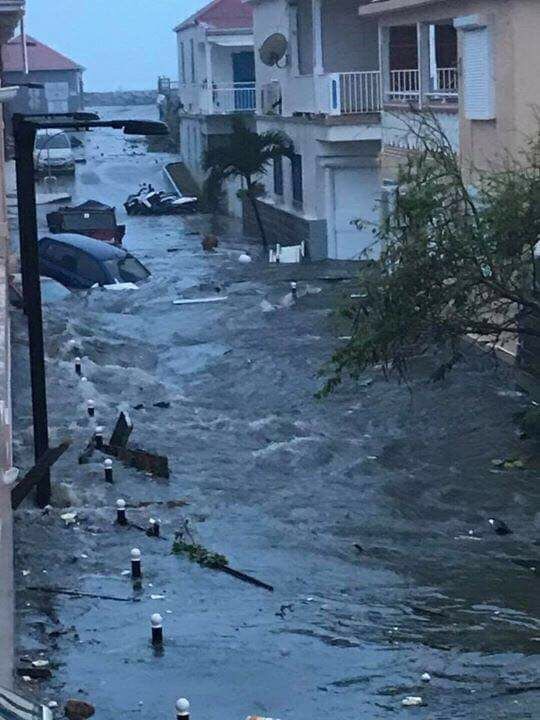 Update: Thus far the category 5 Hurricane has left a trail of destruction as it continues on its current path throughout the region. Early this morning the eye of the storm hit the island of Antigua and Barbuda, before tearing through St. Bart’s and St. Martin.

With just about 1,600 people on the island of Barbuda, early reports revealed that there were damages to their police station, and numerous trees and telephone poles fell resulting in damages to some of the country’s weather monitoring equipment. Since then Antigua also lost all telephone communication with Barbuda.

Magnetic Media also understands that Guadeloupe and St. Martin experienced fallen trees, blown off roofs and damaged infrastructure. French officials are confirming that four government offices in St. Martin have also been partly destroyed and a fire station has been damaged. The island has also been without electricity since 6am. Communications on the island are still down.

Over in Anguilla, heavy rains caused damages to hotels and other buildings; vehicles destroyed and flash flooding in St. John and St. Thomas. Thousands of Caribbean residents throughout the Leeward Islands are now left displaced. However, reports of injury remain minimal.

Hurricane Irma is projected to strike the Dominican Republic and Puerto Rico next.