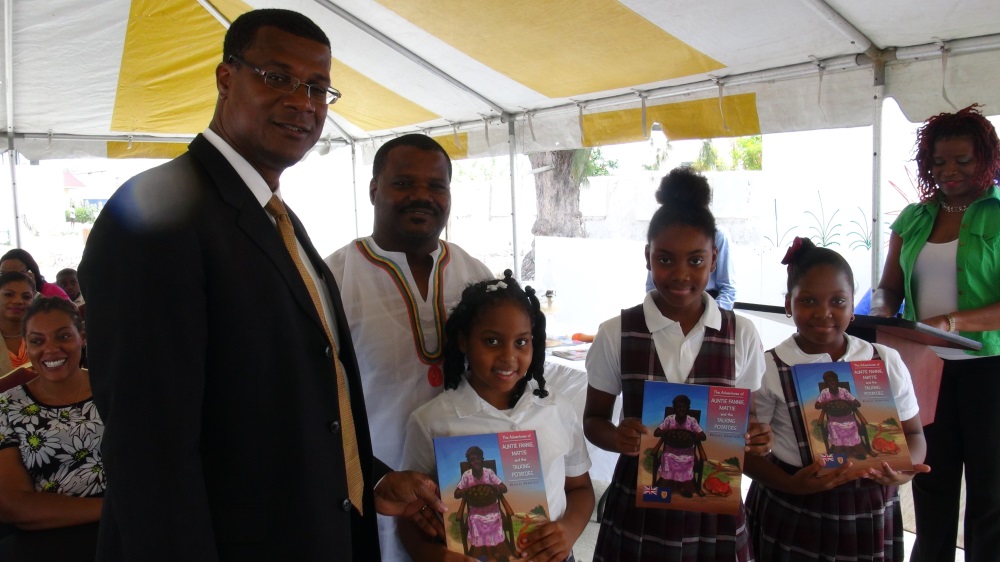 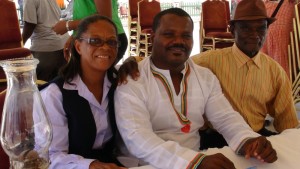 Providenciales, 19 Jun 2015 – A second successful launch at the Victoria Public Library yesterday when Bradley Handfield and his Auntie Fannie, Mattie and the Talking Potatoes book landed in Grand Turk for a books signing. Among the dignitaries attending and remarking on the children’s story were Deputy Speaker & Education Shadow Minister with the PDM, Josephine Connolly; Ombudsman & Complaints Commissioner, Cynthia Astwood; Education & Library Services Minister, Deputy Premier Akierra Missick and Premier, Dr Rufus Ewing. Premier Ewing congratulated Handfield on his contribution to culture and encouraged the children to dream big; that message was followed up with an encouragement by the Education Minister to dream even bigger and to read even more. Presentations of the books were made to schools in Grand Turk and Salt Cay and there was a reading of an excerpt of the story, which from the younger to the older seemed to be sincerely enjoyed. The Grand Turk book signing was organized by Chief Librarian Janet Williams and Culture & Heritage officer, Angela Freites and made special with the surprise appearance of Bradley Handfield’s father who was credited with being an inspiration and a great storyteller himself.