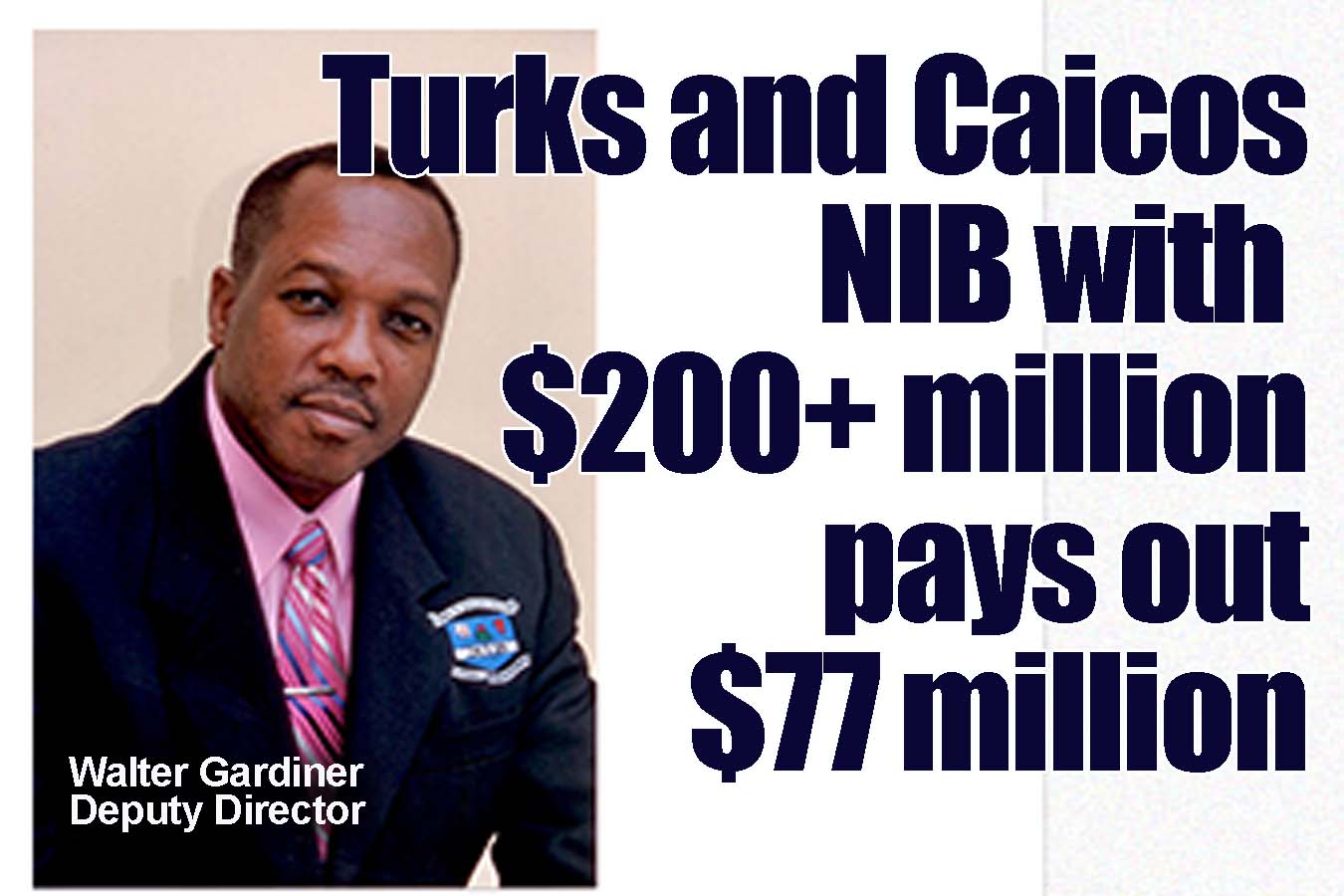 Providenciales, 04 May 2015 – The National Insurance Board tells the public that over the 23 years it has been in existence, there has been over $77 million dollars in payments to beneficiaries. This as the company recently announced a staggered approach to raising the wage ceiling over a three year period and giving increases in some of its plans. Deputy Director of Operations Walter Gardiner has been hard at work lately on the PR front for NIB, explaining in a media release issued recently that: ““The NIS legislation today is undoubtedly the best piece of social protection legislation ever implemented in the TCI. Introduced under an extremely dark cloud of suspicion, mistrust and opposition from employers, employees and self-employed alike, convincing the general public to ‘buy – in’ and comply was quite a challenge at that time as this was the very first time that monies were mandatorily deducted from salaries.”

Gardiner admits that largely, the public saw NIB as a mere tax, that some businesses even threatened to cut staff and others had forecast failure… but the near quarter of a century of existence for the organization and the elephant sized payouts over this time, he says, proves it was a good move for the Turks and Caicos. Over 1,400 people are a part of the long term payouts, in the pensioners category – they get around $9 million of the monies distributed per year. Overall NIB is reported to pay out $12 million annually, with some $200 million in reserves and collections from the workers in the country announced at $25 million dollars per annum. Gardiner added: I believe that we have proven our worth to the people of the TCI … Today, thousands of people depend on us, but more importantly, thousands of people can depend on us”.