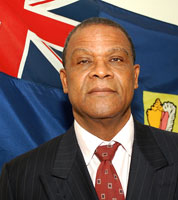 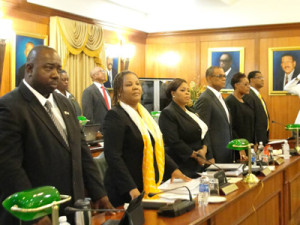 Providenciales, So much opining over what Finance Minister the Hon Washington Misick had to say during a recent House of Assembly Debate; comments which came during contributions on a motion moved by Hon Edwin Astwood for Grand Turk South and Salt Cay to essentially amp up the cleanliness and environmental awareness of islanders. Minister Misick said he is a politician but he is also a man prepared to speak truth; and it appears his truth is shared with some others when gauging the sounds of support in the House on May 12; while that truth in other quarters rubbed some residents the wrong way. Some have called the remarks uncharacteristic of the PNP, divisive and insulting while others say it is sensible and the harsh truth. Nonetheless, Minister Misick in the lead up to the stinging statement explained that if the country wants to model the assimilation program which was successfully established in Singapore it must recognize that one, Singapore was not a democracy and that other cultural celebrations were basically abandoned to embrace the Singaporian way.

Here is Minister Misick: “We have something coming up in a few weeks called Haitian flag day; we gat Haitian Flag Day, we gat Jamaica Day, we gat Bahamas Day … when the hell we gon have Turks and Caicos Day? If you don’t want to be a part of us we cannot encourage, we can’t support them with all of these days if we are gonna be Singapore. If you are gonna be in this country, be in this country – contribute and be a part of this country. If you want to be in Haiti and Jamaica and the Bahamas, stay there and that’s part of the problem. It is encouraged by a lot of these different groups who are in seniored positions in the private sector, right, who encourage this kind of stuff. We have to send a strong message while we as a people have to make sure that we do the right thing by our country, and by the same token we have to make sure that people who come here do the right thing by our country and we should not be supporting all of these different splinter groups with their different days; you would never see me appearing to not a one of them, I would not. This is Turks and Caicos, if you’re here, this is Rome, do as the Romans do. If you want to be here, you contribute here, if you don’t want to be here, you want to be somewhere else then, American Airlines fly how many times a day? Alright…”

These now notorious remarks have sparked a frenzy of social media opinions, spawned a front page article, news reports and a formal solicitation for more views on Hon Washington Misick’s perspective. This past Monday, it was not Turks and Caicos Day but it was National Heroes Day and residents turned out impressively for a Provo wide motorcade. Among the political dignitaries joining the patriotic festivity was Hon Charles Washington Misick.