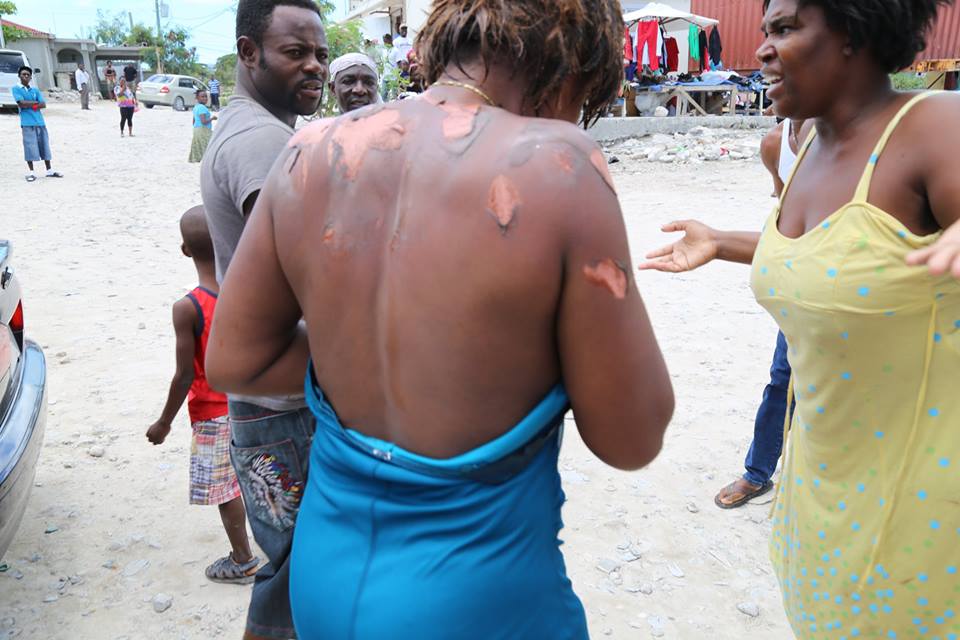 Providenciales, 18 May 2015 – There were a couple of shocking and saddening events on the weekend including the drowning of a 3 year old and a domestic violence incident where it is reported to Magnetic Media that a woman was doused with a flammable fluid and lit on fire. Video of the police on the scene, looking disheveled, in Provo and taking the injured woman away is posted; revealing the burned skin on the back of the woman, who appears to be Haitian, obviously in shock and pain. There was also video of the inside of an apartment which appears to be in an area residents refer to as ‘Doc Yard’, clothes were strewn about the place. Officers appeared bewildered… as for the three year old, the details are very sketchy this morning… but we have learned that the child died on Saturday at a pool party.