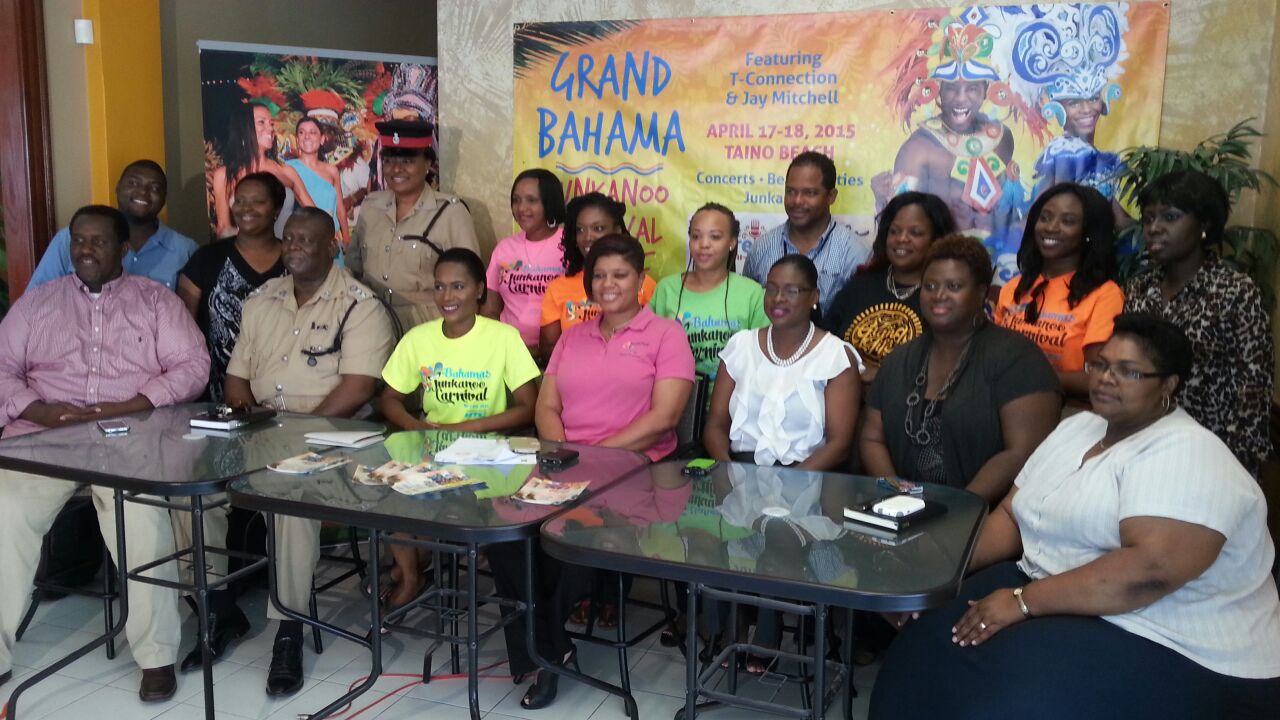 Grand Bahama, 22 Apr 2015 – One million dollars is said to have been invested into Grand Bahama for the recently held Bahamas Junkanoo Carnival kick off weekend staged at Taino Beach. The event opened jointly by the Minister for Grand Bahama, Michael Darville; the Minister of Culture, Daniel Johnson; the Minister of Tourism Obie Wilchcombe and the Prime Minister and brainchild of the festivities, Rt Hon Perry Christie drew thousands to the site for two nights of concerts. While there remained criticisms of the BJC, as it is called, no one could dispute the talent display was world class. Seventeen music masters contenders, Bahamian pop artists including Avvy and Stileet, legends like Jay Mitchell and headline performance from Grammy nominated T-Connection

(best of my love) kept thousands glued to the stage area. Next for the BJC is the finale on May 7-9 in Nassau; Turks and Caicos has also been invited to be a part of those event where Trinidad and Tobago’s Machel Montano and Grammy Award winning Bahamians, Baha Men will perform.