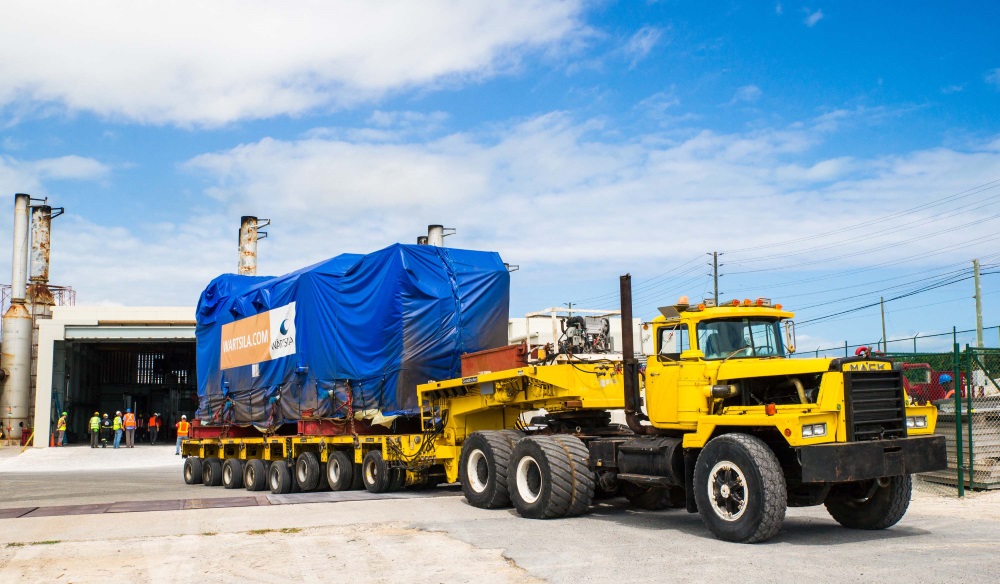 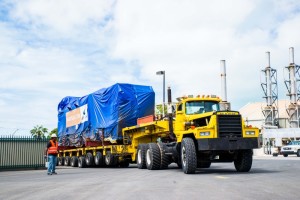 Providenciales, Turks and Caicos Islands (April 1, 2015) – A third Wärtsilä 20V32 generating unit, purchased by FortisTCI Limited (the Company) in August of 2014 arrived in Providenciales (Provo) today. This latest engine will replace a recently retired Caterpillar unit at the Company’s power plant in Provo, offering increased fuel efficiency and enhanced reliability. The purchase also adds to the major capital investments made in the Turks and Caicos Islands by FortisTCI to ensure that the Country has one of the most robust and reliable electricity systems within the region.

The contract for the newest 8.7 Megawatt (MW) Wärtsilä engine was signed for on June 10, 2014 and will place the Company in a position to meet projected load growth based on economic development forecasts through 2018. Reliable electricity is a precursor to economic development and is one of the first assessments potential investors will make regarding their investment decisions. The unit will be commissioned in September of this year at the Provo plant, which serves customers on Providenciales, North and Middle Caicos, as well as the Cays between Provo and North Caicos (excluding Parrot
Cay).

FortisTCI President and CEO, Eddinton Powell said, “The load on the electricity system is determined by our customers’ aggregate demand, and FortisTCI must be in a position to meet that demand. Failure to do so would result in rolling blackouts and an unstable electricity grid, a situation common in our region. Moreover, the Turks and Caicos Islands is a high-end tourist destination which must have state-of-the-art electricity infrastructure. Because of the high quality of our system, we offer a competitive economic advantage to the Turks and Caicos Islands, helping to attract direct investment that contributes to the continued economic development of the country.

The utility business is highly financial-capital intensive, and the Company must invest to efficiently meet the load demand at all times. The new Wärtsilä engines are amongst the most technologically advanced in the world and have helped to reduce our carbon footprint through lower exhaust emissions over the past several years. FortisTCI has invested millions of dollars’ in infrastructure, from generation and transmission & distribution (T&D) systems to customer service support and delivery infrastructure. The company has also taken the lead in exploring alternative sources of energy, including renewable energy.

In addition, FortisTCI has engaged consultants to investigate the feasibility of off-loading solutions that will facilitate streamlining the Company’s fuel supply chain, which has the potential of further reducing the cost of electricity to our customers.