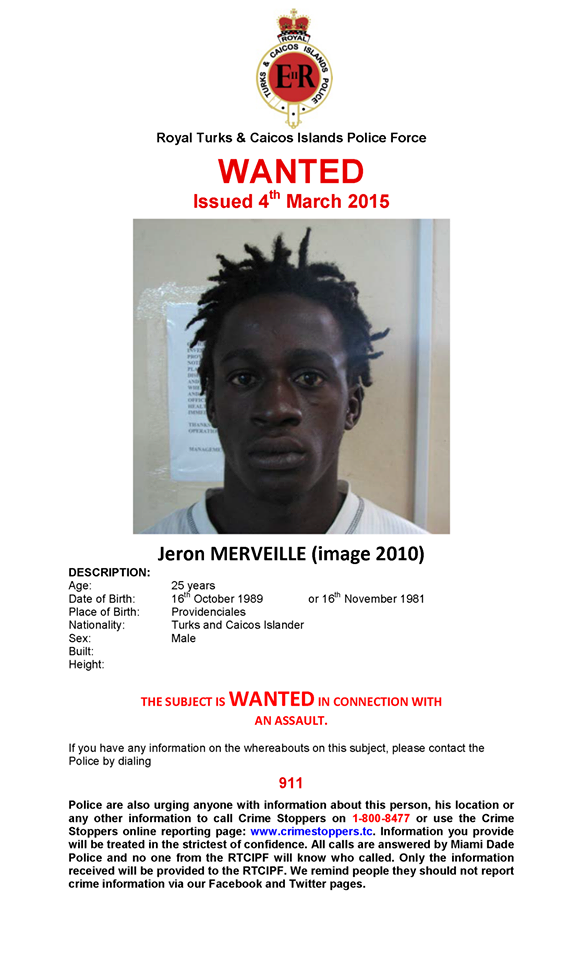 Providenciales, 11 Mar 2015 – Police are looking for six males and have issued Wanted Posters in an attempt to capture the suspects who are wanted for a series of crimes including assault, burglary and robbery. Among them, two children: 17 year old Leonardo Pratt of Grand Turk and 15 year old Randell Rigby Jr also of Grand Turk are interests for stealing. The others named and with their faces pasted on RTCIPF Wanted Posters are: Jeron Merveille, a 25 year old from Provo; 49 year old Albert Smith of Grand Turk; Paul Missick, 21 of Grand Turk and Patrick Delancy, 27 of Haiti. You can visit Magnetic Media Fanpage on Facebook to see the posters of the suspects; if you recognize them you are asked to call 911 or give your information anonymously to Crime Stoppers at 1-800-TIPS; that’s 1-800-8477.