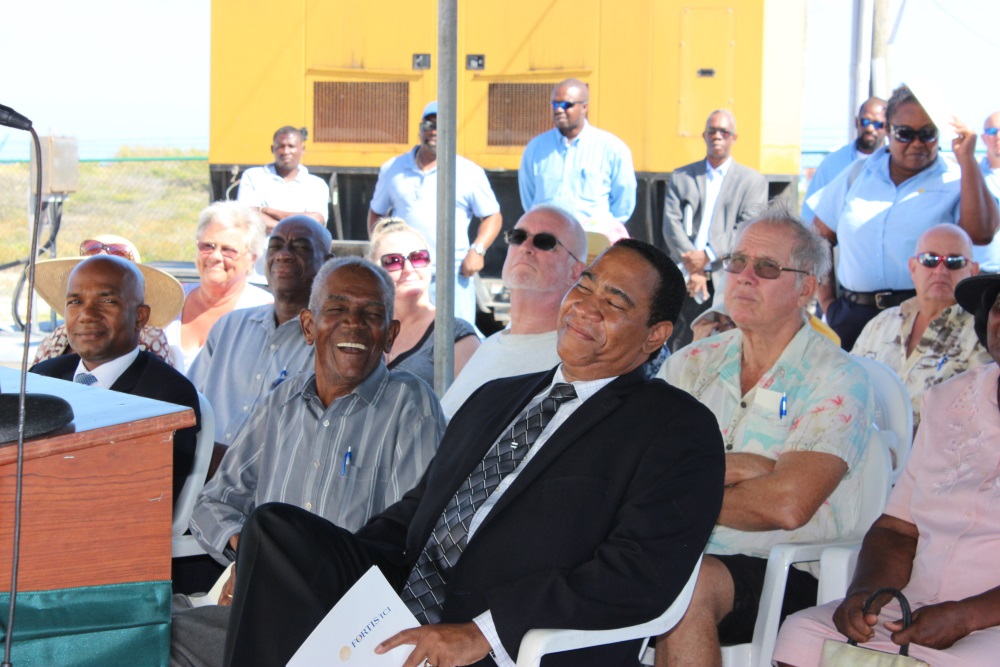 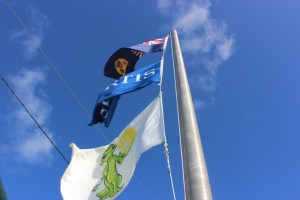 Providenciales, 13 Mar 2015 – During the ceremony to cut the ribbon at a new power station in Salt Cay, CEO of FortisTCI, Eddinton Powell shared that the company is exploring alternative ways to generate energy which could and should ultimately reduce the cost of electricity in the islands. Powell shared that much of the touted arguments though are more hype than practical.

“That the Turks and Caicos Islands has 365 days of sunshine therefore solar energy would reduce the cost of electricity in these islands; that statement ignores some inconvenient truths. Like the fact we don’t have 365 days of sun share, but we do have 365 nights in the year and therein lies one of the major problems of solar energy; the high cost of storage.”

Strong winds are a signature part of the Salt Cay life and yesterday those winds showed up, big time and begged the question: why not wind power for the 132 customers instead of a diesel plant.
“…and if we can get the proper planning approval from the Planning Department, wind technologies as well.”

FortisTCI says this enhancement in Salt Cay where a new multi-purpose building replaces an over 30-year old structure was a $1.2 million breath of fresh air.

Alvejes Desir is FortisTCI’s Superintendent of Plant Control: “During a key portion of this project, everyone here was very understanding; we had the lights off for about 5-6 hours and normally in Provo, we’d be bombarded with calls and everybody would be asking ‘when are we gonna get our lights back’ but you guys were patient with us as we went through the transition and everyone has been checking on us from the time we started and you have made this project a lot easier.”

That ribbon cutting was held yesterday morning at the water side site in the southern end of Salt Cay.