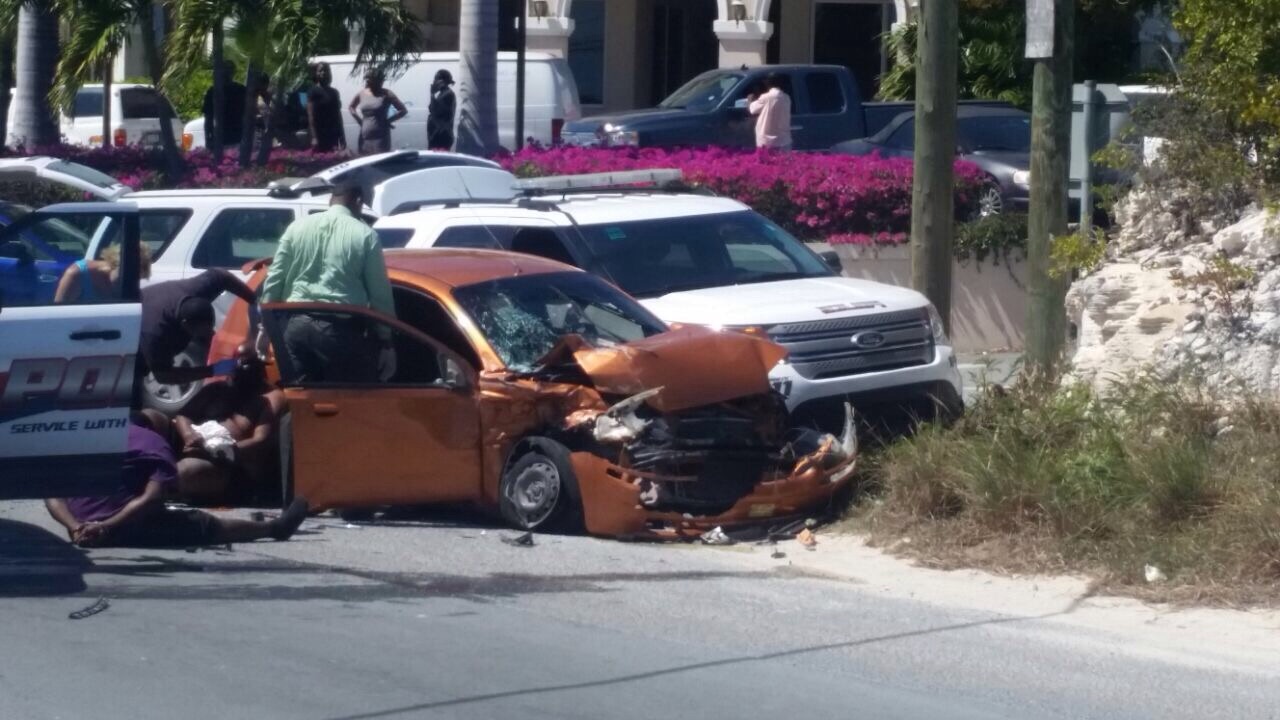 Providenciales, 13 Mar 2015 – Rent a car, commit a crime…usually a robbery or break in; the trend Police are now onto and which may have led to a high speed chase yesterday that caused bumper to bumper traffic for nearly two hours on Leeward Highway. Two men were injured when the dangerous high speed chase ended near the Central Square plaza in a four vehicle collision; it started in Northwest Point. Several police were involved in the chase which saw two of the new Patrol jeeps damaged; a small rental car was also badly wrecked in the crash. While motorists were inconvenienced, many giving feedback to Magnetic Media said they are glad the police are moving to curb crime; theft is the most prevalent invasive type of crime in the country.