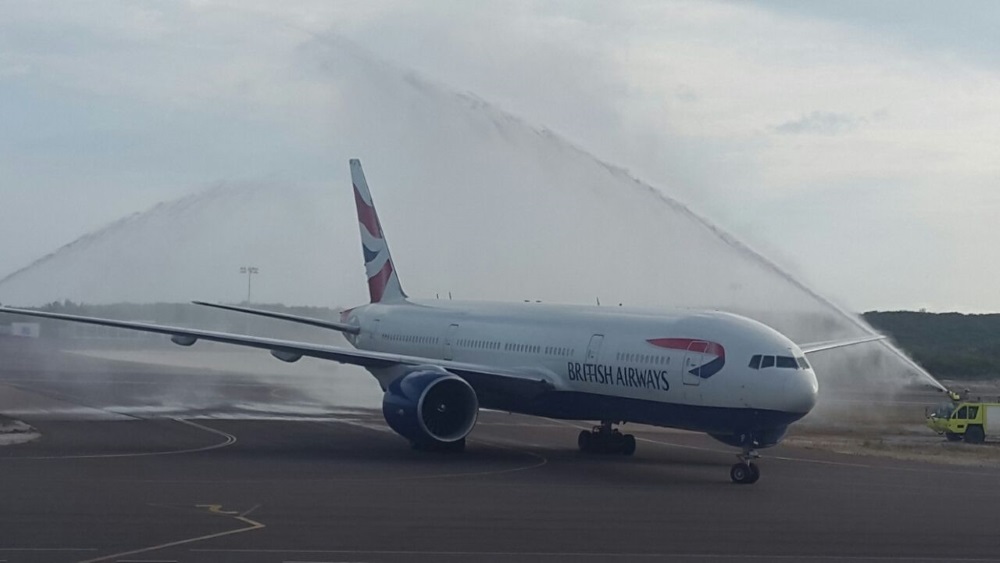 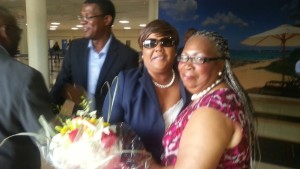 Providenciales, 30 Mar 2015 – Already, The Turks and Caicos is reaping visitors thanks to the new connection to Antigua & Barbuda via a British Airways 777. Terminal & Marketing Manager at the Provo Intl Airport, Lavern Reynolds said families are taking advantage of the link.

“There is a lady who told me she has friends and family that live here in Providenciales, and they invited her to come down. She almost missed her flight, but she put the pedal to the metal and she made it here in the Turks and Caicos, and she is more than happy to spend the wweek or maybe two, with her friends and family.”

TC Hotel and Tourism Association President, Michel Neutelings shared that this connection to the Eastern Caribbean also links the TCI to the Middle East.

British Airways will on Sundays now commute between Antigua & Barbuda and the Turks and Caicos Islands instead of Nassau, Bahamas. Tourism Minister Porsha Smith led a delegation on the inaugural flight into Provo, from Antigua – the massive plane is now the largest commercial airliner servicing TCI.