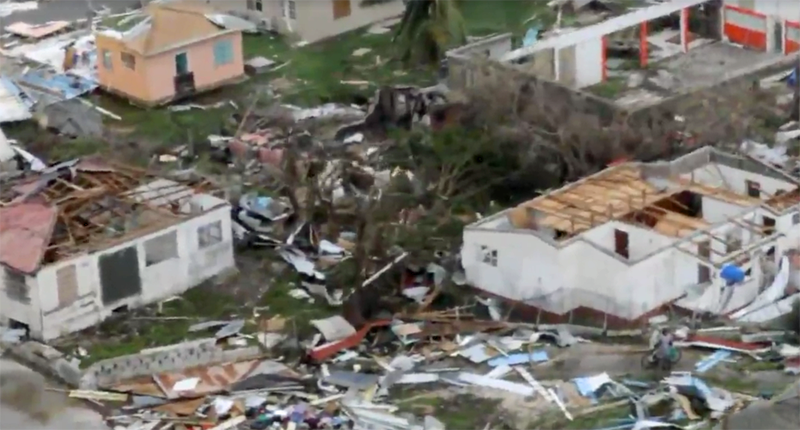 Antigua, which is approximately 38 miles away from its sister isle Barbuda, experienced heavy rains, flooding and hurricane enforced winds damaging some buildings and vehicles. However, Barbuda wasn’t as lucky as Prime Minister Browne revealed the island is now “barely inhabitable”.

Prime Minister Browne also confirmed that Hurricane Irma’s fury took the life of a 2-year-old infant as the baby’s mother was trying to escape a destroyed property during the hurricane.

With approximately 1,600 residents on the island of Barbuda, Browne said as the eye of the Hurricane passed over the island, it caused “absolute devastation, and this is no hyperbole.”

Since early morning, there was also loss of communication between the islands, cell towers were damaged, no water, no electricity, the airport and hospital damaged, and all residents have been left homeless. As a result, the prime minister has estimated the damages to “be no less than $150million and that is no exaggeration,” he said

At present, Hurricane Irma is now 50miles East Northeast of Antigua moving in a West Northwest direction for its next victim, which is expected to be Puerto Rico. As it spreads to the Greater Antilles, it can hit Hispaniola (Dominican Republic and Haiti), Turks and Caicos, Bahamas, Cuba and Florida leading into the weekend.

The unprecedented destruction caused by Hurricane Irma now leaves the island completely vulnerable to the other brewing hurricanes and residents will need to be evacuated as soon as possible as Hurricane Jose continues to grow in strength. As for the psychological impact of its people, that may be far greater.