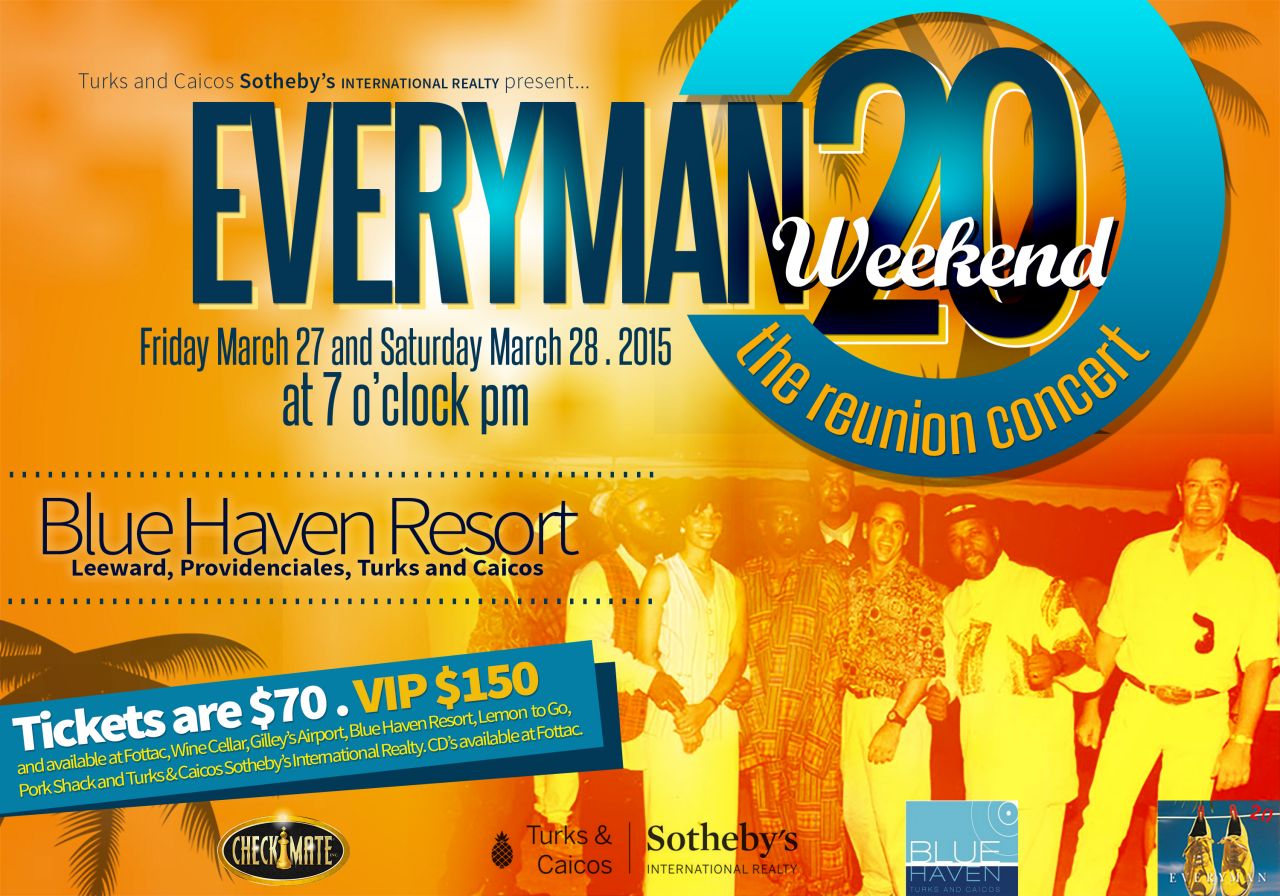 Providenciales, 24 Mar 2015 – EVERYMAN celebrates 20 years since releasing its highly acclaimed CD, with a reunion concert on March 27th and 28th at Blue Haven Resort. Make this an occasion to remember for your entire family by joining founding members of the group Leo Jones, Hudson (BIG H) Grant and Max Claire, with the great Quinton Dean, Brentford Handfield, Janardo and Javan Laporte, Keno Hall, Crayton Ewing and Joanne Bassett as they headline a cast of artists in celebration of one of the most accomplished musical groups out of the Turks & Caicos Islands.

In tribute to EVERYMAN, prolific songwriter and producer of the group, Joe Zahm, will perform with his band, JZB in acknowledging the profound influence that Leo, BIH H and Max had on inspiring him to write and perform music .

Other renowned artists performing during this occasion will include:

So come on out and party to your favorite EVERYMAN songs which took the TCI by storm 20 years ago including the hits Hey Brother Hey Sister, Big Black Hole, Everyman, Joy Peace and Light, Caribbean Soul and To Walk with Kings.

Also make sure you get your commemorative “EVERYMAN 20” CD released for the occasion with many of the previously recorded EVERYMAN songs plus bonus recordings by JZB and Jamaican artists Papa Stretch and Chavelle.

We look forward to seeing you at Salt, Blue Haven Resort at 7pm Friday, 26 March and 6pm Saturday, 28 March.