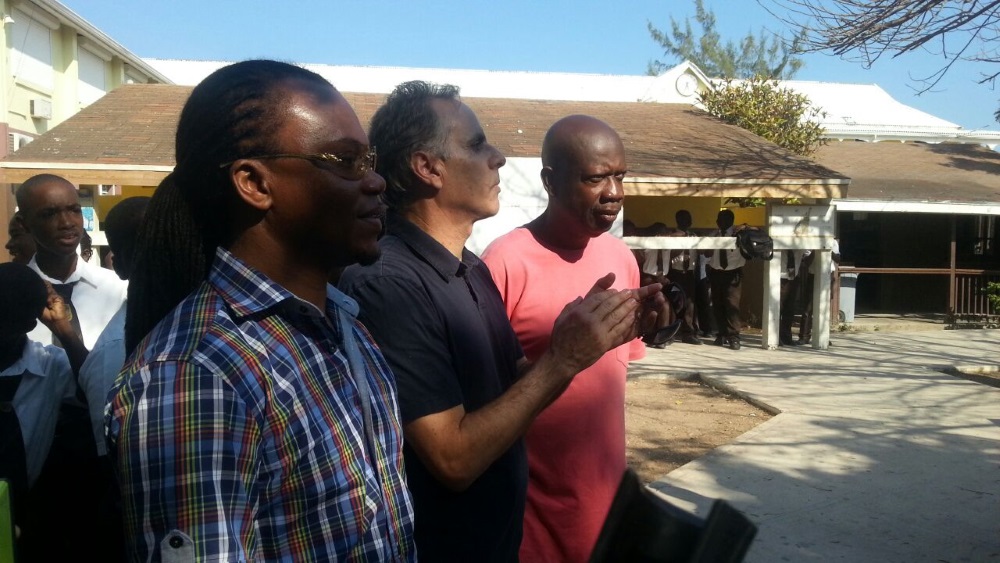 Providenciales, 26 Mar 2015 – The music program of Clement Howell High was invited to bring a list of needs to the members of legendary TCI music group, Everyman, as Joe Zahm promised a donation to the program. The school was gathered for a special assembly where they heard the story of how Beautiful by Nature was chosen as the country’s tourism slogan.

The performance by the group was a hit and Zahm reminded that the school will open the Saturday night reunion concert, which is set at Blue Haven Resort this weekend.

“In addition to Everyman, my band JZB and the Jay Davidson Horn section which will play with both bands, we have V6 from Grand Turk playing on Saturday in addition to the (CHHS) choir, and we’re going to have a special performance by Mr. Quinten (right here) and Crayton Ewing, who is coming in; Cray, as many knows is one of the top performers of the Turks and Caicos Islands as well as a surprise performance.”