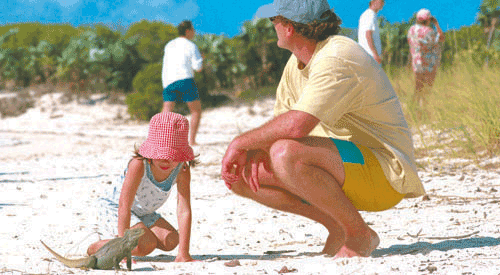 Providenciales, 10 Mar 2015 – The Turks and Caicos Islands enjoyed the best tourism in the Caribbean; with large leaps in stop over and cruise ship arrivals charted for the calendar year 2014. Figures are published officially now and show that nearly half a million stop overs arrived in Provo last year: 435,495 which is significantly higher than 2013’s: 290,587. The boom in the industry has caught the attention of the world which continues to report on the swelling interest in the Turks and Caicos which grew to an overall 1,407,313 visitors for last year. Tourism officials were since last year beaming at 41.1% growth for quarter one of 2014, and then, the TCI, for the fourth quarter of last year posted the greatest growth in stop-over arrivals for the Turks and Caicos Islands – an impressive 136.8% increase over the same period in 2013. As for cruise ship arrivals, some 971,838 guests landed on Grand Turk via cruise liner; an improvement over 2013 of 28.4%.