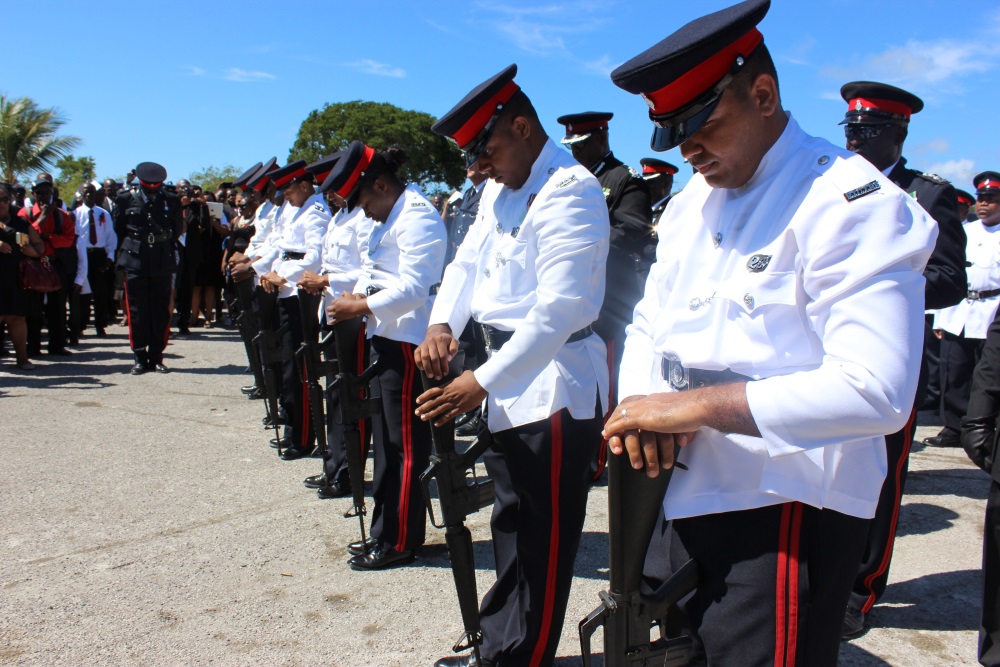 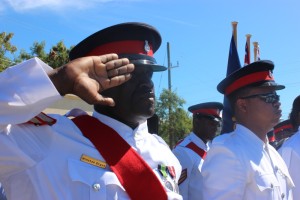 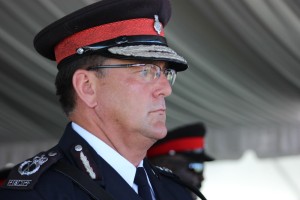 Providenciales, 06 Feb 2015 – Lots of preparation for the Royal Turks and Caicos Islands Police Force; the organization proving pivotal in the State Funeral of Hon. Dr. Rosita Butterfield yesterday. Police Commissioner Colin Farquhar spoke to me after the burial of Dr. Rosie at the new Butterfield Mausoleum.

“Well there is a lot of consultations right from the beginning with the family, with the government with our own police force internally as to how we were gonna be organized, and as with any State Funeral the logistics are just unbelievable. Even at the last minute we have to make changes and adjustments because a vehicle is in the way, or people need to be moved into a certain area; so the logistics is incredibly difficult. The guys and gals did a tremendous job and I am really proud of them. It is evident today that everybody pulled together, and that’s what I said, if everybody pulls together at the last minute it always seems to happen.”

Perhaps not as much practice as the Force would have liked as they performed several key roles including being pallbearers, official escorts, music maestros, transportation, guardians, flag bearers and gun salute among others; their execution was stellar.

“Could we have had another week of planning? Yes, definitely but we did a really good job and now, God forbid there is another State Funeral, but now we have a protocol for a State Funeral in the future so we will have a better idea in our planning process as we move forward.”