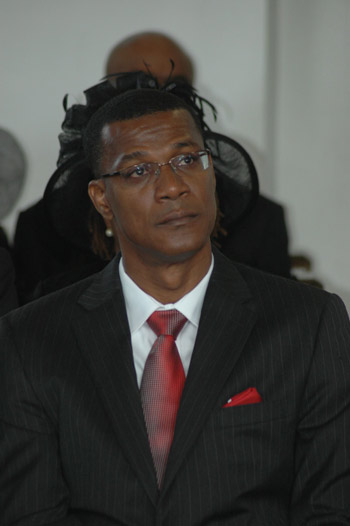 Providenciales, 23 Feb 2015 – Civil Servants tell Magnetic Media the Premier and his Government should practice what they preach. This was another response to the statement issued by Premier Rufus Ewing calling on the Tourism and Hospitality sector to pay and hire better and more fairly when it comes to Turks and Caicos Islanders. Indigenous Civil Servants Association Members who claim to have had no meeting with the Premier since his taking office in November 2012, explained that contracted workers from abroad are treated with more professional respect and with better contract conditions that TC Islanders. No housing allowance for Turks and Caicos Islanders who live in Provo when they take on a job that relocates them to another island in the country; but we are told that contracted workers from abroad get the allowance and six months duty free concession to bring in anything from their home countries, sometimes better pay, always needing a level of training and with 15% gratuity on their total salary for the life of their employment contracts; which last at least two years. I am told that the foreign contracted workers in the public service sometimes leave the TCI with $20,000 when a 20 or 30 year public worker from the Turks and Caicos gets nothing at retirement. Magnetic Media was told this was the reason so many former government workers have taken TCIG to court. Cases related to disparities and changes which have either reduced or completely cut out their benefits upon retirement.

We also learned that many new hires from abroad are not meeting qualification standards; that they are very young and lack the years of experience. Not the same can be said for Turks and Caicos applicants for government jobs; our sources say the TC Islander is held to a different standard having to have those years of experience along with their professional qualifications. The CSA members we spoke to said as the former president of the Association, the Premier is well aware of these grievances and has done nothing, in their views, to rectify or bring greater equity to the public sector work environment. One member said Rufus Ewing should lead by example; that if the Premier did this, the private sector would follow. We continue later with more comments from members of the CSA, who spoke anonymously to Magnetic Media, taking grave exception to the picture painted by the Premier in his Thursday press release on fairness in the workforce.