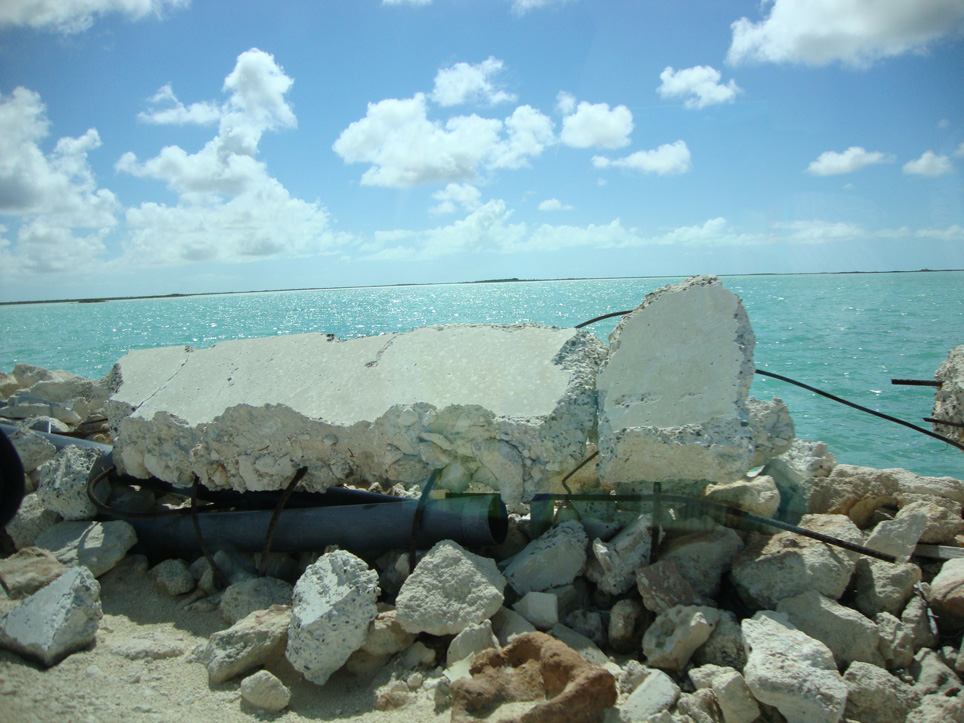 Providenciales, 12 Feb 2015 – Around $20 million dollars will be spent over the next 18 months on capital works projects by TCIG; and among the tenders recently approved by Government for the work was one for the continued repair to the North to Middle Caicos causeway which was damaged in 2008s Hurricane Hanna. We asked Premier Rufus Ewing in a recent press conference about the scope of work in this second phase. “That work was supposed to entail the resurfacing of the causeway and I think that either one or two more culverts were supposed to go into the causeway.”