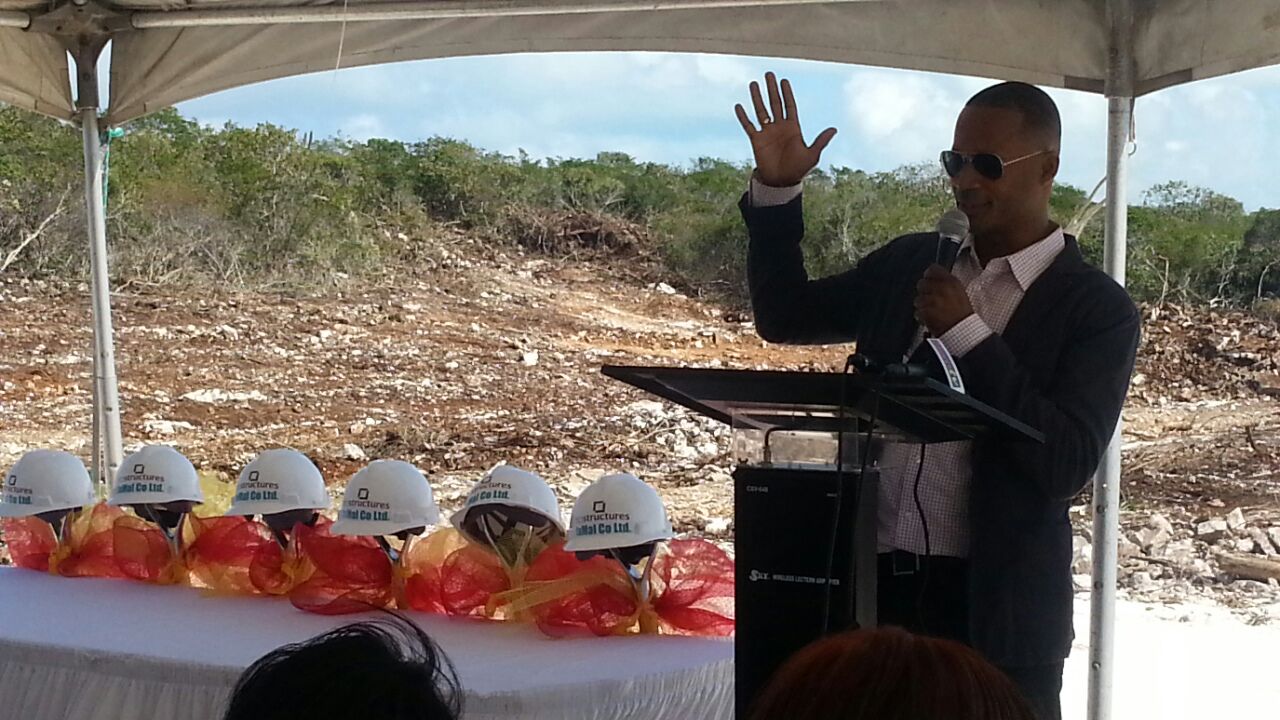 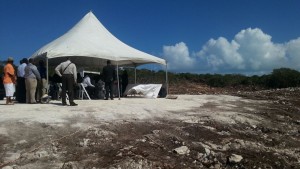 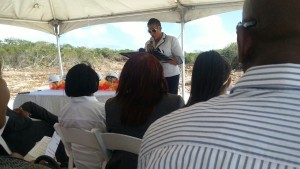 Providenciales, 15 Feb 2015 – Ground is broken now for phase one work to begin on the new government owned high school in Providenciales. It is the first major project for the PNP Administration and only the second government secondary school to be built on the most populated island; Clement Howell High was constructed some 20 years ago.

Mark Mcaulay, Project Manager, Public Works: “JaMalco/TCI Structures. There are two other guys I’d like to point out, Mr. Kevin Shellendo does some computer design work and Mr. Christopher Eugene that does some computer design work as well. I think that’s me for now. What I have to say is when the four walls are up and the road I think that’s what people will remember.”

Thirteen acres is the entire site, but phase one will feature six home rooms and two specialty rooms as it takes in around 150 first form students in September.

Jamaine Malcolm, JaMalco/TCI Structures: “It is indeed a pleasure as stated to have this project finally coming in to fruition”

Deputy Premier, Akierra Missick, Education Minister: “By saying that someday when history is written, history will show that I Minister of Education during this time served with great people a talented, a dedicated and intelligent team, a team of men and women who love our nation as much as I do. Today marks a major milestone and a journey that started almost forty years ago. In 1976 the Turks and Caicos Island embarked on an official journey of nationhood. Today that journey takes another step with the development of this school that represents the modernization of secondary education in the Turks and Caicos Islands.”

Jamaine Malcolm of Jamalco Construction promises to deliver good work and on time; his company will build the school which was designed by TCI Structures. The new school is being called Long Bay High and will eventually be a full scale secondary school for students living in the Long Bay area.