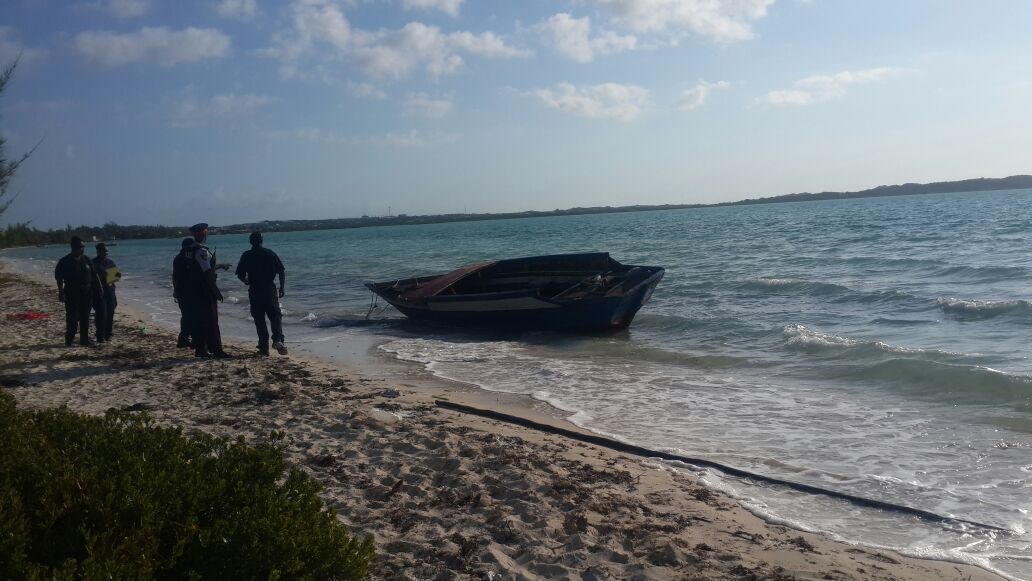 Providenciales, 17 Feb 2015 – Immigration Officers say the streets are dry; no one walking them to help in their hunt for some 40 illegal migrants believed to have landed in Providenciales around 2am. Add to that, Magnetic Media is learning the men are unarmed but scouring bushes, primarily in the Five Cays area, in search of who are believed to be illegals from Haiti.

Those fleeing Haiti on these rickety wooden vessels, risking life and limb and sometimes carrying with them newborn babies are categorized as desperate; therefore Magnetic Media is surprised to learn that officers are not armed as they try to track down the over three dozen illegals.

Minister of Border Control and Labour, Hon DonHue Gardiner today said his focus is on the capture, and reported that there are four in custody already. However, those four may not be linked to the boat which landed undetected by the coastal radar near the Five Cays Community Center in the wee hours of today. We have been informed that none of the suspected illegal migrants from this morning have been apprehended.