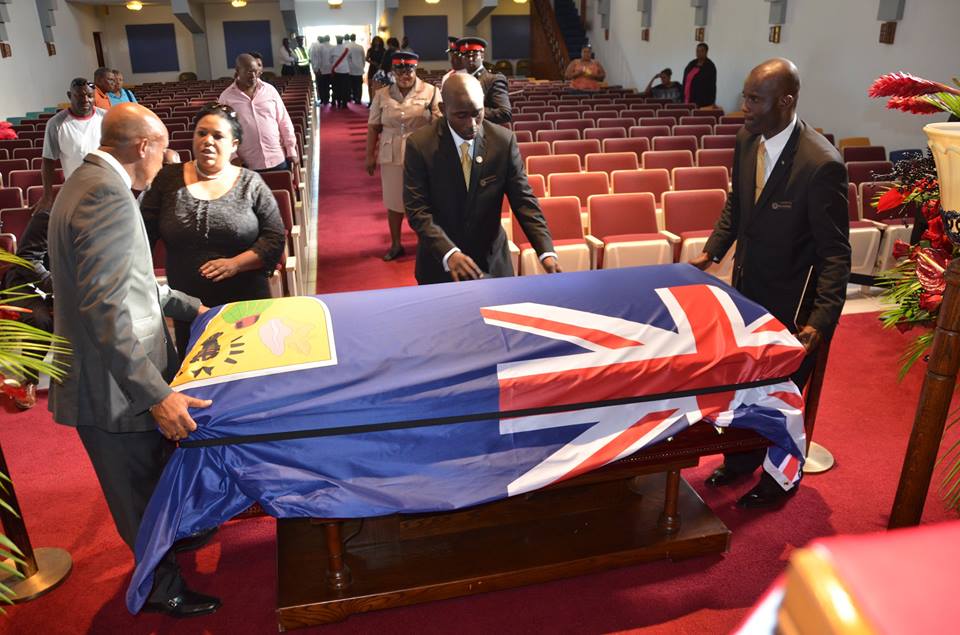 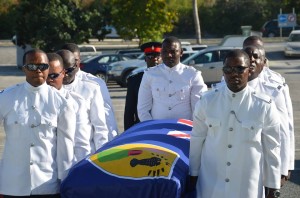 Providenciales, 04 Feb 2015 – She is finally at home, in her church and in Providenciales where she lived. Hon Dr. Rosita Butterfield, MBE was moved to Faith Tabernacle Centre where viewing of her body went until midnight under guarded security. Dr. Rosie was a minister at her church and is hailed as a philanthropist. As her State Funeral draws nigh and more and more islanders become acquainted with her list of accomplishments and contributions to national development, there is a call to make the Kew, North Caicos native a national hero. The country currently has only one National Hero; JAGS McCartney.

It has been a long journey for the body of Dr. Rosita Butterfield, a former House Speaker, and the House of Assembly and her Family aimed to appease all who would want to say farewell to the former nurse who is credited with bringing well over 100 babies into the world. The State Funeral is also a holiday for the Public Sector; the service begins at 10am tomorrow February 5m at the Down Town Ball Park.