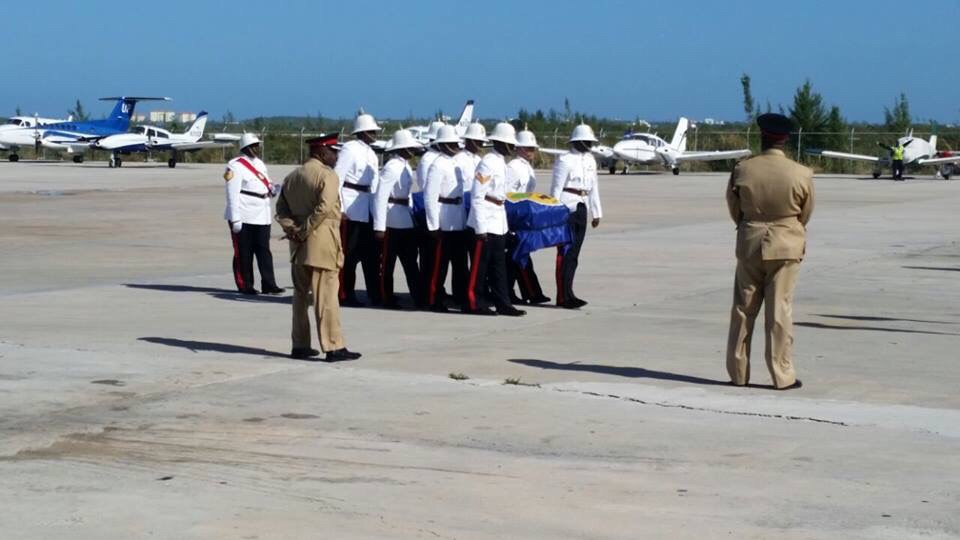 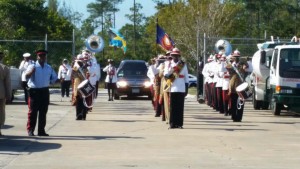 Providenciales, 03 Feb 2015 – It was an emotional and world class send home from The Bahamas for the late Dr. Rosita Butterfield, who on January 10 died in hospital in Nassau and who, on Thursday, will be buried in the country’s first official State Funeral. The Bahamas Speaker of the House, Hon Kendal Major handed over the body of beloved Dr. Rosie to the Turks and Caicos Speaker of the House, Hon Robert Hall to a serenade of gospel songs by the Royal Bahamas Police Force Band. The coffin, beautifully draped in the Turks and Caicos flag was brought to a waiting charter at the Odyssey Airport in Nassau before being flown into the JAGS McCartney Intl Airport in Grand Turk. Looking on, as her body was carried to the plane by officers; Albray Butterfield Jr, her son who was weeping almost uncontrollably at the sight of the coffin and who reportedly told media it was an honor.

Hon Robert Hall thanked the Government of The Bahamas for the respect paid; sharing also that Dr. Rosita was a nurse and a businesswoman worthy of the accolades. Up to midnight, and again today until 1pm, the body Dr. Rosita who was the first woman to be elected to serve in Parliament and for the people of Kew in North Caicos will lie in state at the NJS Francis Building after which she will be transported to Provo where at her church – Faith Tabernacle – she will lie in state for public viewing until the memorial there Wednesday night. The State Funeral is on Thursday at 10am at the Down Town Ball Park; it is deemed a public holiday for Civil Servants. Government schools will be closed.