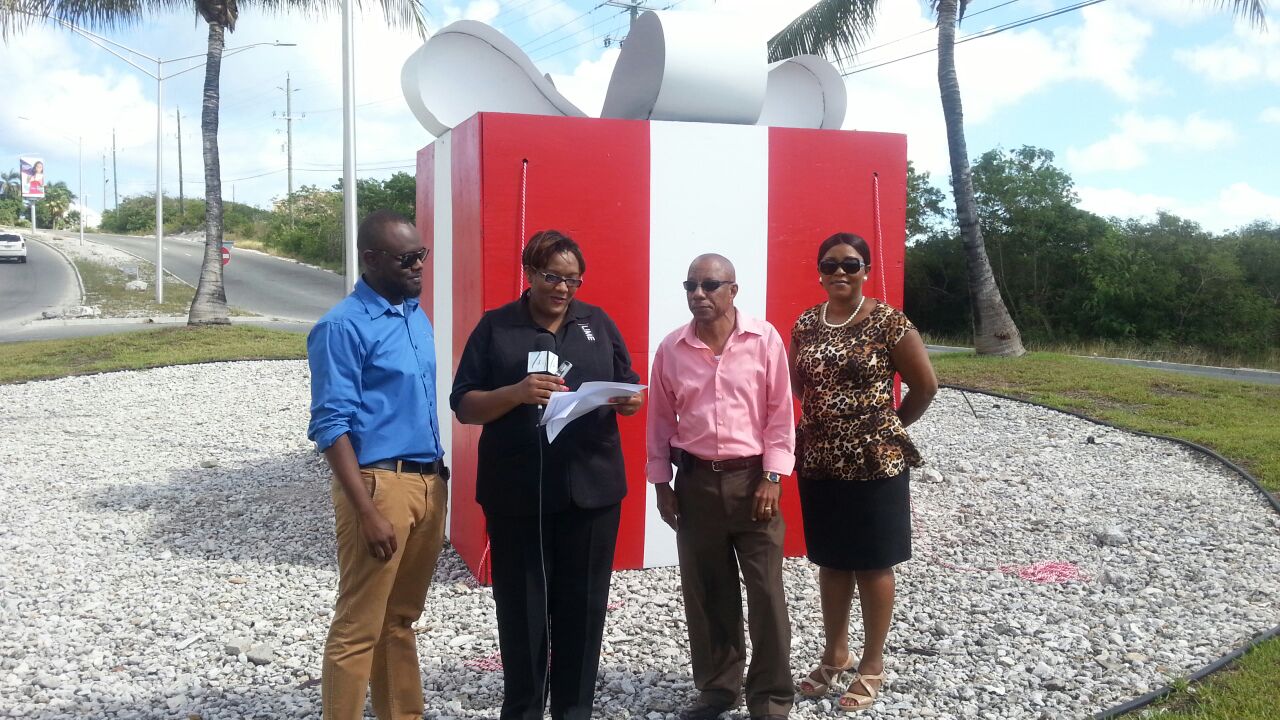 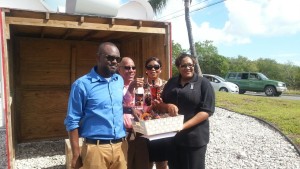 Providenciaes, 16 Jan 2015 – The first winner for the What’s In the Box promotion now in its fifth year was Jewel Selver. Selver was called on her cell phone to learn that her answer of ‘Bambarra Rum’ was correct and that she had won a weekend stay for two at the award winning, Grace Bay Club. Today the partners in the event unveiled what was in the box after a string of clues were dispatched to LIME customers. Some of those clues included that it could make you happy or sad, it could be a blessing or curse and it’s the spirit of the Turks and Caicos Islands. Mobile customers had the opportunity to guess the prize via text with 100% of the proceeds going to the Grace Bay Club Community Foundation adopted schools.

Two thousand texts came in and $2,000 were raised. The beneficiaries are the Charles Hubert James and Adelaide Omeler primary schools in North Caicos where tablets will be purchased to give students a modern experience in learning. Other prizes for the texters include a stay at the West Bay Club and a complete tool set from the Do it Center.