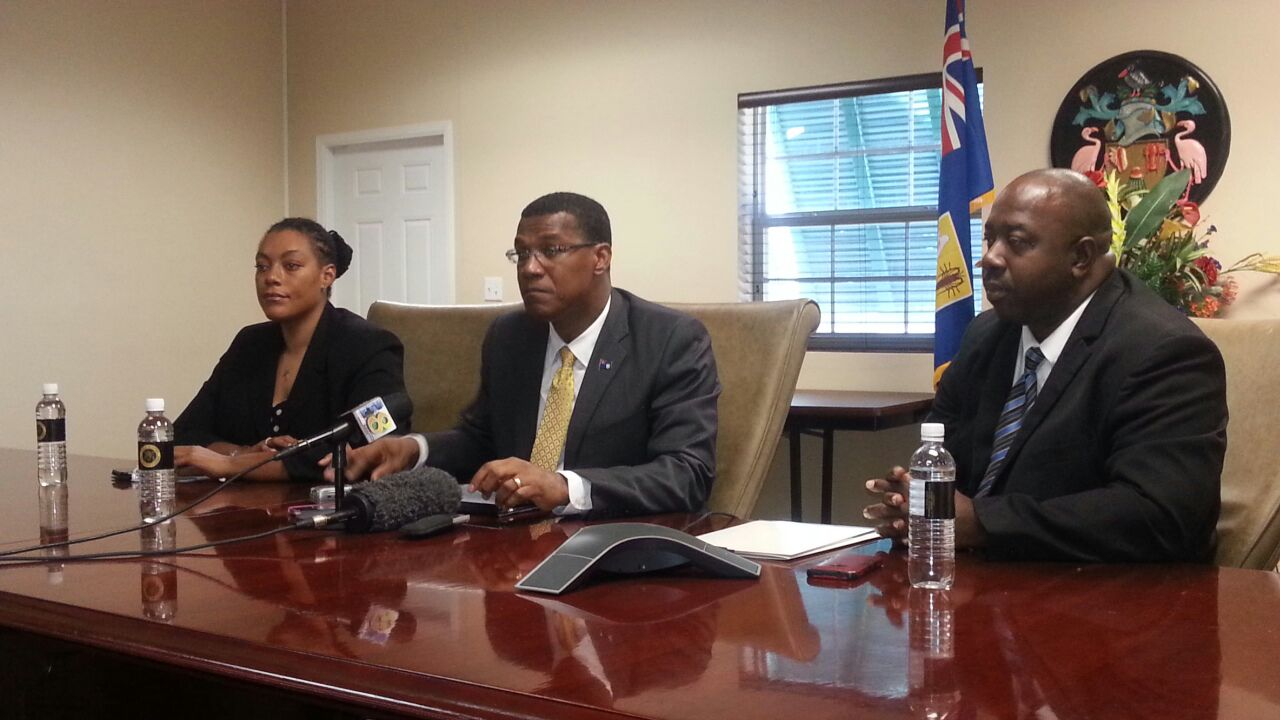 Provienciales, 23 Jan 2015 – The government will not at this stage contract any independent company to investigate why there are not greater savings for TCI consumers on fuel at the pumps and on electricity bills, despite falling oil prices globally. During the Q&A portion of that media debriefing yesterday, Premier Rufus Ewing explained at this stage it is satisfactory for Malike Cummings, the Energy Commissioner to do the work; he outlined what Mr. Cummings instructions are on the investigation commissioned by Cabinet.

“There is that which falls under his responsibility which is Fortis, because it falls under the regulations with regards to him as the Energy Commissioner in regulating the utility companies such as Fortis; so he has already compiled information. In addition to that he will also give us a report as to the changes and fluctuations in prices at the pump. We do not have any legislative teeth to regulate at the pump but what we can do is to look at trends and to see whether or not those trends indeed reflect what we would expect as a percentage decrease that we are seeing globally as well.”

Consumer Protection legislation is also being considered said the Premier; his government is looking to The Bahamas for a review of how the laws function there.

Fuel prices have in recent weeks, and following reports on the matter in media, dropped a bit more in TCI but nothing as much as 40%; which is how much the cost of oil per barrel has fallen since June 2014, according to reports on Reuters and the Economist. FortisTCI says it has cut the fuel factor rate by 14%; the Premier shared that government has met with the country’s sole electricity provider.

“We had a meeting with Fortis today as well, and enquiring with them on the fuel factors and dropping the fuel factor. Some of the explanations they gave to us gives us comfort that we will see a significant drop over the next two months or so.”

As for when that report is due from Mr. Cummings; Premier Ewing said in two weeks.