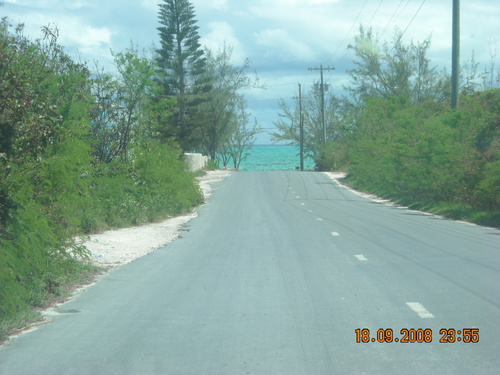 Providenciaales, 04 Dec 2014 -By middle of December there will be lots of activity for Public Works we are learning… the Gazette revealing that there are contracts on the verge of being signed which will result in road improvements for all of the islands of the country. Already Carnival Cruise Lines has started some patch work in the Capital Grand Turk on Front Street. Magnetic Media is told these contract approvals will also mean more street lights for the communities.

On Monday, the Member for Five Cays revealed that there are delays but that he is also making progress when it comes to getting his constituency lit up. Hon Sean Astwood told me yesterday that it would take at least 40-50 street lights to better illuminate Five Cays. Already areas of the Wheeland District have seen vast improvements; the beachside roadway from Three Queen’s along past Bethany Baptist Church has seen the addition of street lights.