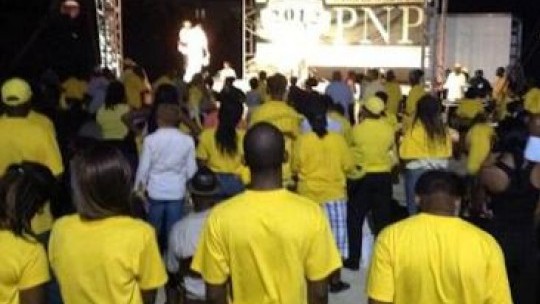 Providenciales, 23 Feb 2016 – The Premier and PNP Party Leader, Hon Rufus Ewing says elections can happen as late as February 2017, but members of his party seem to have shifted to high gear now that the National Convention is over.

Magnetic Media is learning of a serious showdown within the Wheeland Branch of the Progressive National Party to decide the nominee and potential candidate for that electoral district. The branch challenge, we understand is between JJ Parker, Dameko Dean, Elery Lightbourne and Alpheus Pinder.

While it is also rumored that Dean may challenge the Blue Hills seat, he has already been massaging the Wheeland voters, which number 558 according to the current register with holiday greeting cards.

The branch congress will decide who they like for their district nominee. Wheeland, which had the second highest voter turn-out in 2012 and Blue Hills, which has seen nearly 100 more voters registered in 2016 are both seats held by the Opposition PDM. There are two others who have revealed their interest to run on the PNP Ticket in the General Elections, namely Sheba Wilson who wants to offer as an at large candidate and Michael Misick who wants to offer for North and Middle Caicos.

In a media statement issued last night, the former premier said, I quote him now: “We have seen the injustice, the erosion of longstanding democratic freedoms and the ongoing efforts to diminish the political will and voice of our people. I believe that I still have a part to play in the struggle to liberate our people.”

Misick is not as focused on the PDM or PDA as he is on what he believes is an imposing British presence in government.