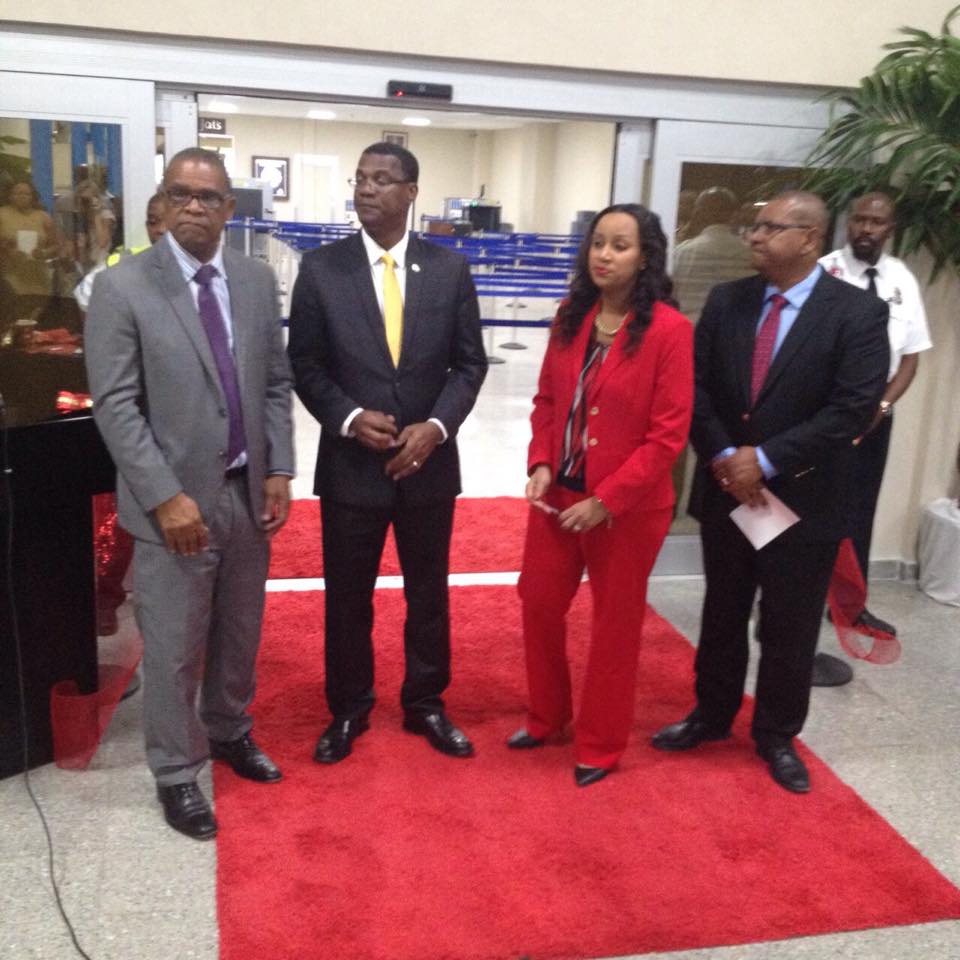 Providenciales, 30 Dec 2014 – The Providenciales International Airport is now double the size and put at a price tag of $10 million dollars…among those on hand for the re-opening event were the country’s Acting Governor, Anya Williams: “Sitting in a board meeting when Mr. Smith first presented the plans, and I remember everyone looking at him and thinking: ‘you really think that ou can do with some $10 million dollars?’ Certainly he is a person who knows how to deliver and he has done just that and I think they all deserve congratulations…”

The country’s Premier Hon Dr. Rufus Ewing who is also the Tourism Minister said they had agreed early on with the TCIAA’s plan for the airport. “The growth in tourism that we had in last year and in this year, in terms of tourist arrivals was phenomenal. And without a structure, expanded structure such as this during this period we would have not been able to service and we would not been able to continue to service those valued guests and visitors to our shores in that short time.” The project was announced as delivered on time and on budget.