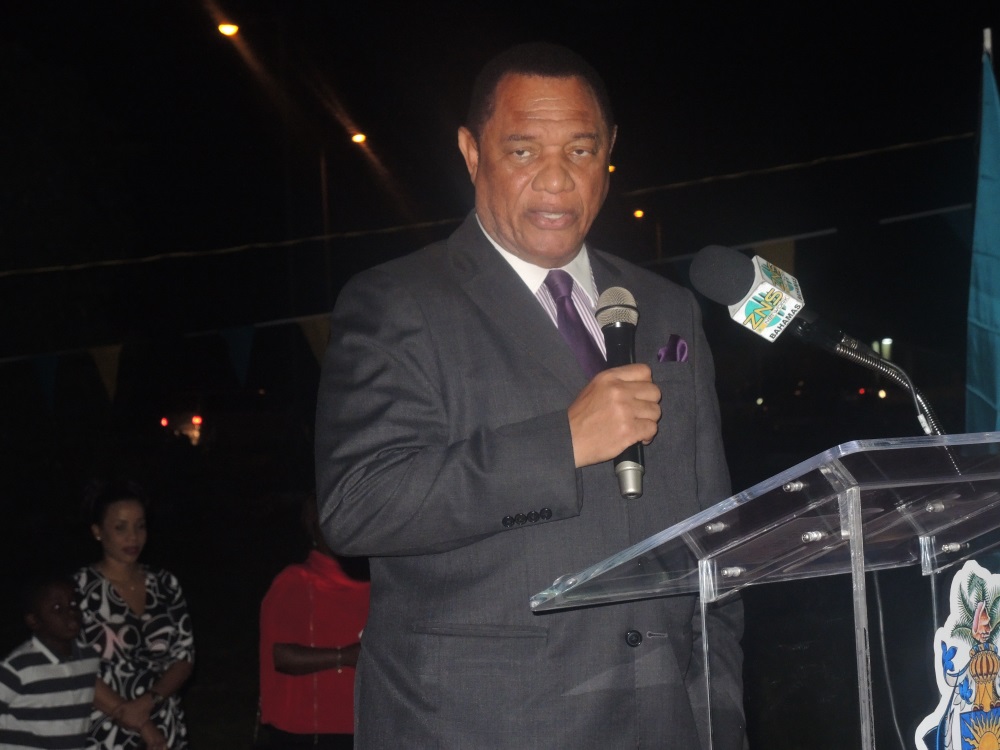 Nassau, 18 Dec 2014 – “We have to do better and we have to do more” were the words of Prime Minister Christie as he talked cultural development during his tribute to cultural icon Charles Carter on Friday evening at a park renaming ceremony in Mr. Carter’s honour.

The Prime Minister was making a broader point about the way The Bahamas has traditionally treated its cultural ambassadors, singling out renowned cultural luminaries in the names of Ronnie Butler and his former constituent, Joseph Spence. He also sounded off on the need to institutionalize both the recognition of local artists and to officially and formally facilitate the development of art and culture in The Bahamas.

The Prime Minister went on to reiterated his government’s commitment to the development of the arts as was articulated in Cuba during his plenary session address to CARICOM member states on Monday, 8th December in Havana at the 5th CARICOM-Cuba Summit.

“Last week in Cuba I articulated a commitment to the arts – to culture; I did in the presence of all of the leaders of the region there present. And I indicated to them that as of January (2015) I will become the chair and effective political leader of the CARICOM group of countries and in February we will be meeting here (in Nassau, Bahamas) and that I’m going to be able to stress and emphasize as I did in Cuba the great significance and importance of coming to understand the economic impact of culture (and) of sports.”

He went further. In light of the proven economic impact of culture as evidenced in other CARICOM countries, the Prime Minister thought it fitting for The Bahamas government to institutionalize culture by making further significant investments in the arts at the collegiate level to allow young Bahamians greater access to facilities, formal education and professional training to assist them in realizing their full potential. This would be an adjunct to the government’s policy of institutionalizing the care, education and training of children and adults with special needs such as autism.

“I told the President of Cuba then we were going to build our own center for special children in The Bahamas and I thought to myself we ought to also be able to say we are going to commit to building our own school for the arts, incorporated to the College of The Bahamas for people who will be interested in the theater – be interested in singing and dancing and being able to find and express themselves and their talent through some cultural involvement.”

The Prime Minister declared 2014 as the year of culture and the government recognized forty Bahamians as “Culture Warriors” in a ceremony earlier this year. In a major policy decision, the government has created Bahamas Junkanoo Carnival that will debut in May 2015. This cultural event promises to strengthen the economic impact of culture while adding a more comprehensive cultural component to the current tourism product offerings thereby enhancing the visitor experience.