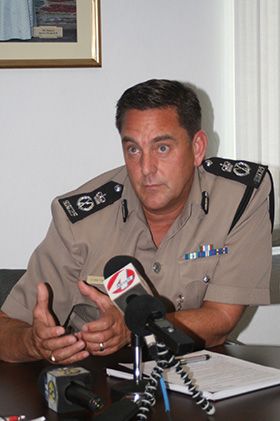 Providenciales, 01 Dec 2014 – According to the Leader of the Official Opposition, even though Commissioner of Police Colin Farquhar is due to remain on until March… there would be no harm in relieving him of is duties now. The PDM taking a hard stance with the Commissioner when responding to a Magnetic Media question as to whether they had any information on the future of the case of arson at the Chalk Sound police station. According to Hon Sharlene Robinson, the case is not cold… it is alive she said as there is some evidence to be introduced.