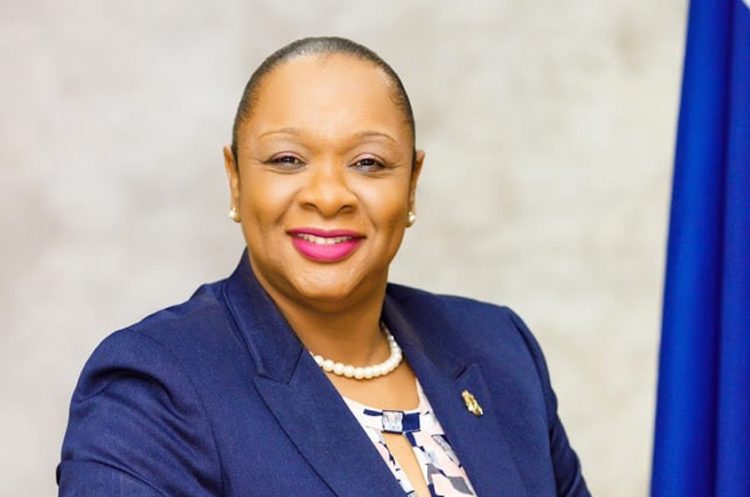 #TurksandCaicos, February 25, 2021 – My people of the Turks and Caicos Islands, You the people of this great country have spoken and there is no defeat when the people have won through their vote. You have said in no uncertain terms that you wanted a new direction and I will always defend your democratic right.

My Party has made an Official Statement today and it was important that it did so first before I offer my final thoughts with the nod of the new Party’s Leader.

As reported on Saturday, as former Premier, I did phone the newly elected Premier and wished him the very best. I say to us all that if we truly love TCI, we should not wish ill. I said it as Premier and I will continue to say that to wish ill on a government as a citizen can be likened to you wishing a plane crash while you are on board.

I sincerely hope that the new government will be able to deliver for the people of the Turks and Caicos because at the time of challenge and amidst this raging pandemic, they deserve strong and decisive leadership.

The people’s success depends almost entirely on their Government’s success in office.

I will urge the new government to continue to look out especially for the most marginal among us, and for those who have been beaten down by this pandemic.

Our Party’s mission of lifting people up, must now be co-opted by this new government – for if it is and if it does it will be in the interest of all the people we came into politics to fight for.

I will personally back the government in following through on its promise to give each voter $2,000 for 3 months and to giving Civil Servants a portion of their salaries for a stimulus, in addition to the policies we had ready set in motion to ensure that people do not fall through the cracks which includes the completion of the current stimulus of $600 for TC Islanders only and for the payment of the $200 household grocery assistance in place of the package of groceries determined logistically to be difficult and then delayed because of elections.

I have been transparent on reporting on the country’s finances and invite the Minister of Finance to continue to do the same. Whilst anyone can find the November’s Report on Government Finances available on the Government’s Website, one will soon be able to see the latest Monthly Report (December) and 3rd Quarter Report that was presented at the last Cabinet last Monday which showed our continued use of savings to cover Government’s commitments and the stimulus offered, the restricted cash (money that can not be touched) at the end of November which includes an amount for the 90 day cash requirement under the UK Framework Agreement, the balances in the National Forfeiture Fund and TCI National Wealth Fund accounts and contracts already awarded. It will also show a high operating deficit, low and depleting reserves, poor performing revenue streams, high expenditure and debt of about $1.1m. The loan for $80m secured is left for drawing down and as reported publicly, it was decided best to leave larger borrowing to a Government with a fresh mandate. The matter of Budget preparation is urgent and it is for the Government of the day to set its priorities.

However, the need to invest in new sectors of the economy is as urgent today as it was yesterday.

And our tasks as citizens are to ensure that they follow up on that.

While in the coming days and weeks, there will be an ongoing post mortem on our term as government, I want it be known that throughout these four years – and against many odds – we have kept the faith and uphold the honor of governance.

We achieved many things against many odds.

But inspite of that, the people have resoundingly decided that they wanted a different tone, and a different direction; and as believers in democracy, we have to respect that for it was the people’s choice that gave us an opportunity four years ago.

For all the things we did and did not do – one thing was consistent. We kept the trust.

Though many thousands are disappointed around the country, we will do well to remember the best of times.
This is not the moment to turn on each other; it is not a time for recriminations.

While it is human to always wonder what might have been, we can forever cherish what has been — the many people who were touched by our policies and the many projects we embarked on, with the Vision of 2040 – a blueprint we have left for this new government to pick up on.

Four years ago, you elevated me to one of the most powerful positions in this land; and we made history together.

I will be forever grateful for the support you have given me, and the opportunity I had to serve.

I want to thank publicly all the PDM candidates who sacrificed so much to put themselves up in this election – and I want to especially thank their families as well who have had to loan their loved ones to the wider community.

Let me also express on a personal level, gratitude to my family especially my husband and my two daughters, who were always the lights in my life at the darkest moments. They have consistently been, without complaint, my refuge and my strength. When the political storms came in, I was battered down by their love.

The great British Prime Minister Margaret Thatcher once said: Being prime minister is a lonely job… you cannot lead from the crowd. I have lived that, and come to know that. But having known what I know now, still would not change my experience and my opportunity for anything.

And whilst our Party has lost its bid to lead, it does not take away from the fact that the PDM remains a Great Institution which has shown throughout history – and repeatedly so – that it is the most consistent force at the vanguard of national development.

I must thank the North and South Backsalina communities who stood with our Great Party through a similar defeat years ago and who have again done the same. You are champions and I appreciate you!

Our Party is an Institution and it will take a new generation to carry it forward to its full potential. The immediate task at hand will be with Hon Edwin Astwood, who has become the Opposition Leader. But there is also a whole new generation willing and able to take on the mantle, and to usher in a new era.

On Saturday, I officially handed in my resignation as leader of the PDM, and clear the way for the rank and file to decide on a new leader; a position that I have held since December 2012. This is the right and proper thing to do. And I have now had an opportunity to discuss it with Party Executives. During this time, I served as Leader of the Opposition and as Premier. My exit from active politics marks nearly 12 years of service following on from the Consultative Forum. There are a new breed of leaders waiting and many have already entered and I encourage them to stay committed; do not disappear. TCI needs you!

While I will take a long overdue break to recharge, I will always be here for this great party that I had the honor to lead. I wish to thank my Party and my PDM family for the opportunity and for all the support over the years. When first elected as Leader in December 2012, I was not present at the Meeting and to this date, I have enjoyed a level of confidence that kept me focused even among the criticisms and personal attacks.

While these difficult results will put this movement on pause, it cannot be stopped – for it is a movement that is bigger than any one of us; one that continues to enjoy a good legacy. I leave this Office with my head held high as did my former Leaders and after making significant progressive steps towards a brighter tomorrow.

The dream of lifting our people up – shall never become irrelevant or grow old.

The dream lives on! It shall never die!

Thank you again to the members of the Civil Service and members of Cabinet who assisted in delivering on our mandate to uplift and deliver transformational changes.

I say to my supporters and those who voted for the PDM Party, be encouraged; this is not your defeat. This on the other hand though is a victory for those that voted in majority for a new direction. Do not be upset by persons who used their power, for it was that same power that allowed my Team and I to achieve all we did.

It may have been a turbulent 4 yrs but it was a blessed and productive time for TCI and I thank God for all He brought us through together. I maintain that we must be a grateful people; grateful to God and not ungrateful for He is indeed good to TCI.

I have served 12 continuous years at the forefront in the political arena serving  through the Consultative Forum  to Leader of the Opposition to Premier.  I have a record of doing what others have never dared to or done. I will as before I enter politics, continue my life of service. I remain humbled for the opportunity to serve and know that these last four years when recorded will stand out in the Halls of History as a time of great challenge but also a time of great achievement.

It has been an honor Turks and Caicos.

May God bless you and may He continue to bless these beautiful by Nature Turks and Caicos Islands.

Peace And Love To All!

May God bless you!