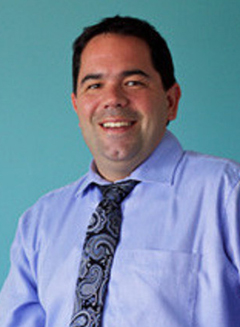 Providenciales, 25 Nov 2014 – Legislation delayed by one year is now live; the Non Profit Organizations Regulation 2014 has been Gazetted and calls for all not for profit entities to register; which means they now become supervised by the Financial Services Commission. This legislative change was strongly resisted by NPOs, but now the move is forward as the law requires groups like Crime Stoppers, the Turks and Caicos Society for the Prevention of Cruelty to Animals, the Red Cross, the Turks and Caicos Hotel and Tourism Association, the Heart Foundation and others that fall into this category to not only state who they are, name executives, directors or trustees but to report on the monies being made, how they are being made and to show what the funds are being used to do.

Greater transparency and accountability some might call it; for the Turks and Caicos as a UK overseas territory it is a part of the mandate to line up with global expectations about financial transactions within the territory. Ironically, as these organizations were seeking to have more time to brace themselves for this added expense and administrative procedure and hoping for the legislation to be tweaked; a Canadian attorney operating in the Turks and Caicos: Patrick Poulin was arrested in an undercover operation by US agents. Poulin and two others were accused of using a non-profit organization in the Turks and Caicos to launder money; $2 million dollars. Poulin, 41, who worked at Bishops here in Provo, entered a guilty plea and was sentenced to 14 months in prison and three years of supervised released in a Virginia courtroom last month, according to records from the US DOJ, aka the Department of Justice.

All NPOs in the TCI are required to register, with an exemption going only to groups making less than $10,000 annually, who have less than $20,000 in assets and are with a certificate of exemption. On November 13th HE Peter Beckingham, the Governor signed this revised legislation into law; the three objectives being for non-profits to register, to maintain records and to annually report on finances of up to half a million dollars. There are fines for breaching the ordinance; they range from $30,000 to $50,000.