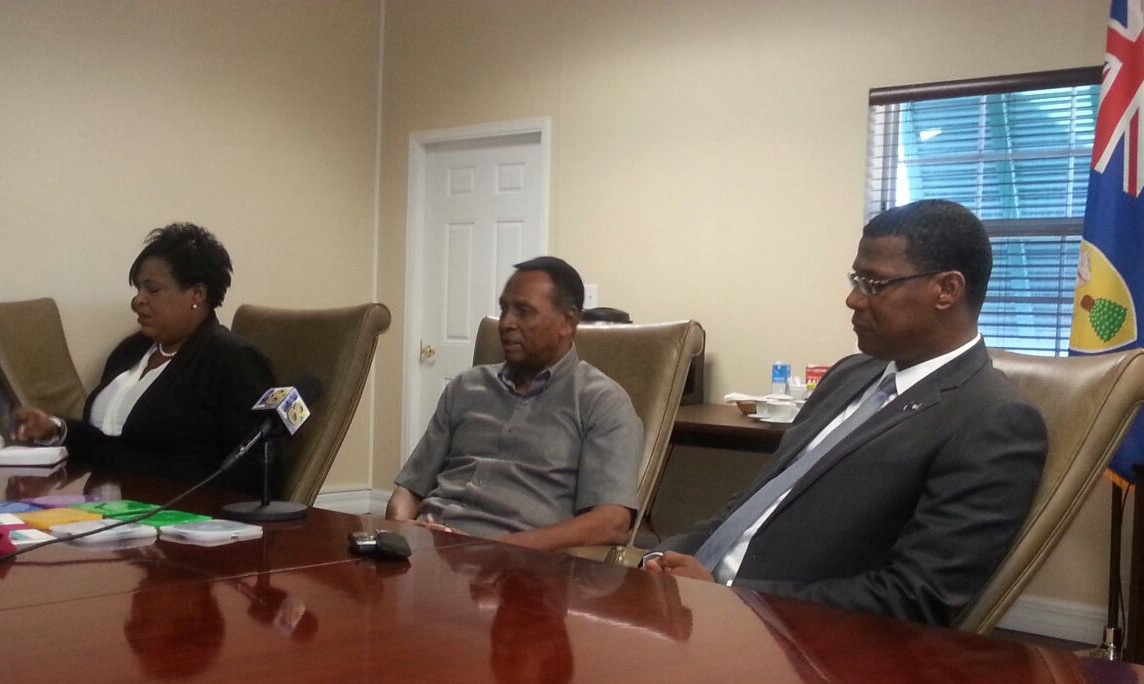 Providenciales, 27 Nov 2014 – Most residents were concerned about the trial without jury and the role of the UK appointed Chief Financial Officer, revealed the Chairman of the Constitutional Review Committee, Mr. Daniel Malcolm. Malcolm, joined by the secretary of the Committee, handed over a set of DVDs and the documents which represented weeks of work as he and a bi-partisan body of mainly attorneys heard from residents of every island and cay on what they wanted to see in a new Turks and Caicos Islands Constitution.

Malcolm promised that there would be surprises and said that he believes the two-week delay in getting the work done will auger well for the report being accepted almost unanimously by the House of Assembly before it heads off to the UK. Media was thanked for its support; Ralston Humble of 4News travelled to each meeting to document in full what residents had to say. Those DVDs in their brightly colored packaging were a reflection of that; unedited video of each exchange. The Premier, Hon Dr Rufus Ewing, thanked the Chairman for the information and announced the report along with a number of other very important bills will be debated when the House of Assembly reconvenes in mid-December. Debate begins on December 15th and is expected to last five days.

As for what is next for Mr. Malcolm, he said the exercise of galvanizing national views on the current 2011 Turks and Caicos Islands Constitution has caused him to desire to become more adept in using the computer!