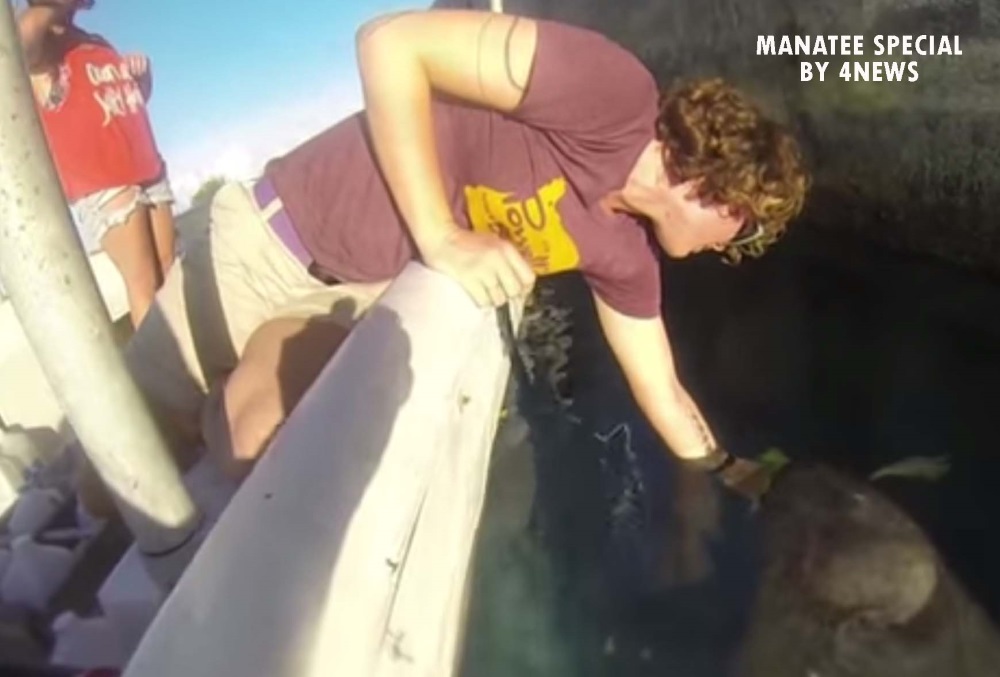 Providenciales, 20 Nov 2014 – Katherine Hart hailed as a mother to the juvenile manatee which died in DEMA custody last week Wednesday… The matter capturing the attention of the member for Grand Turk South and Salt Cay, Edwin Astwood who had high commendation for Hart and her team for the effort to save the juvenile manatee.

Hon Astwood explained that the species is rare for the Turks and Caicos and their diets are unique: They are herbivores and eat over 60 different freshwater and saltwater plants, but have been known to eat small amounts of fish from nets. They inhabit the shallow, marshy coastal areas and rivers of the Caribbean Sea and the Gulf of Mexico, and West Africa. Some manatees, e.g. Florida manatees, can move freely between salinity extremes.” A bit of an education as the PDM member expounded. “As a result of this occurrence, there was much education given to the general public by the staff of the department on Manatees. Also, a wonderfully heartwarming, short documentary has been produced on the care and rescue activities that took place for the manatee.” There had been strong criticisms of the handling of the manatee; and a demand for an autopsy.

No one knows why the manatee came to the TCI but in the end, Astwood believes DEMA cared for the creature well. The manatee, which was taken from the sea to a private pool, reportedly took its final breath while asleep in the arms of Ms. Hart.