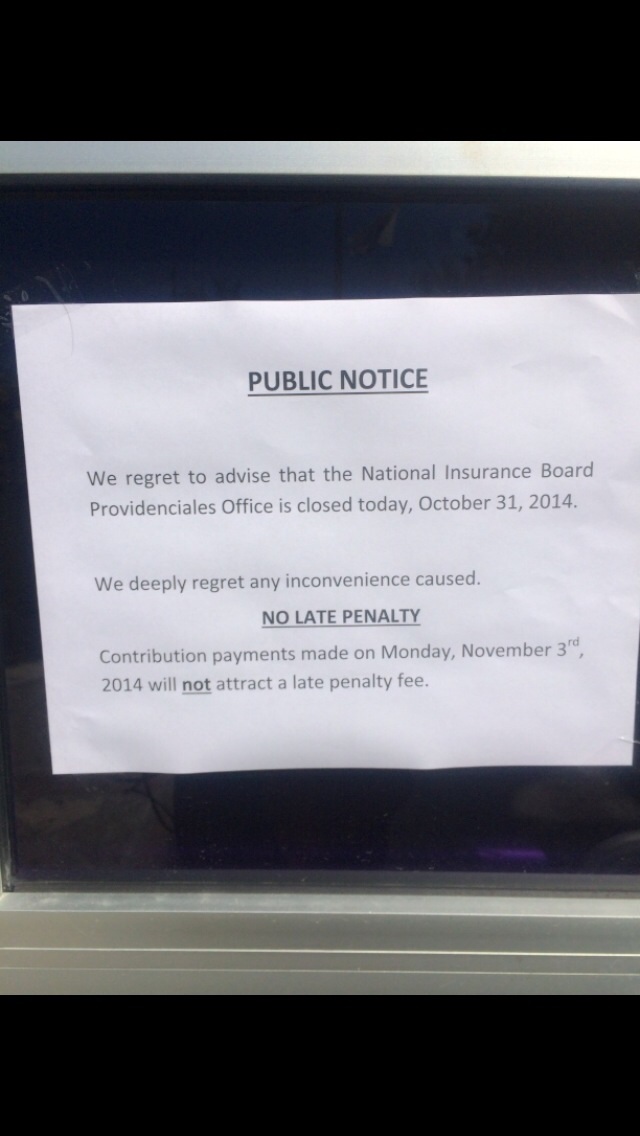 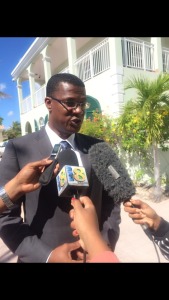 Providenciales, 31 Oct 2014 – Strike action at the National Insurance Board office in Providenciales is prompted by slow payment to staff on a salary increase, approved weeks ago. Those are the reports reaching our news room as customers wondered why the Provo office was closed to business today. Photos to MM show the Premier peering through the door, trying to see for himself why customers were locked out… with a note at the Hilly Ewing building site saying there would be no penalty of late fees; that the office would reopen on Monday.

The CEO of the NIB, Colin Heartwell said it was an unusual predicament and blamed it on lack of capacity. To us, it was shared that cashiers are among those tired of waiting on salary increase monies to be paid to them… one informant citing that upper management has gotten their money and the fact that other staff has to wait is unfair. The Premier was allowed into the office, returned with comments for the media which said there are issues, that he will be working with the board to iron out those issues but no details on what the issues were… Heartwell confirmed that only the Provo staff staged the sick out and apologized for the inconvenience.

Minister Washington Misick, who holds the NIB in his ministerial portfolio said: I have been advised and assured that the matter is being looked into and the board will have a meeting on Monday in light of the action today.”